According to the first poll carried out after the April 15 announcement of the initial findings by prosecutors investigating the eavesdropping controversy, the row that has dominated headlines has had no significant effect on support for the two major rival parties in Bulgaria’s May 12 2013 national parliamentary elections.

The National Centre for the Study of Public Opinion said that a poll done from April 19 to 25 among a sample of 1120 Bulgarians found that support for Boiko Borissov’s centre-right GERB party was 23.6 per cent and for Sergei Stanishev’s Bulgarian Socialist Party 17.7 per cent.

On April 19, a poll by the National Centre for the Study of Public Opinion said that GERB had a 6.4 per cent lead over Stanishev’s socialists, with 23.9 per cent for Borissov’s party and 17.5 per cent for the socialists.

The April 25 poll results showed GERB and the BSP as among four parties certain of seats in the 42nd National Assembly, Bulgaria’s 240-seat unicameral Parliament. The other two were the Movement for Rights and Freedoms, at six per cent, and Volen Siderov’s ultra-nationalists Ataka, at 4.9 per cent.

Meglena Kouneva’s Bulgaria for Citizens had shed support and, at three per cent, remained on the borderline in the stakes to win seats in Parliament.

The poll said that there were some minority parties that should not be written off entirely, such as the Democrats for a Strong Bulgaria-Bulgarian Democratic Forum, the National Front for the Salvation of Bulgaria and the Order Law and Justice party.

Among the undecided, the highest proportions were people aged 18 to 29, with higher education, living in Sofia or one of Bulgaria’s major cities.

Compared to 2009, both GERB and the BSP had fewer people who had voted for them, respectively, who were willing to do so again in 2013.

The poll found that turnout was likely to be between 52 and 56 per cent. The survey found that the confrontational way in which the campaigns were being conducted was discouraging people from voting. 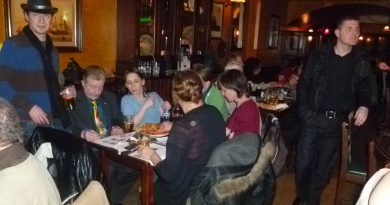