Bulgaria’s Finance Ministry has revised the country’s economic growth forecast for this year to one per cent. The new target is set out in the Convergence Programme for 2013-2016, which the country’s caretaker Cabinet has submitted to the European Commission.

The Finance Ministry said that it expected the slowdown in domestic demand growth, recorded in the fourth quarter of 2012, to continue this year. Exports, the main driver of growth in 2010 and 2011 before slowing down in 2012, are expected to pick up in the second half of 2013, in line with European Commission forecasts for economic recovery across the block, the convergence report said.

In the medium term, until 2016, Bulgaria expected to see growth pick up thanks to increased domestic demand and exports, albeit at a slower pace than forecast earlier, the report said. The new forecast envisioned gross domestic product (GDP) growth of 1.8 per cent in 2014, 2.9 per cent in 2015 and 3.4 per cent in 2016.

Caretaker Finance Minister Kalin Hristov said that the reduced forecasts in the convergence programme mirrored similar estimates by the European Commission, the International Monetary Fund and other international financial institutions.

Delayed economic recovery also prompted the ministry to review its unemployment forecast, Hristov said in an interview with Bulgarian news agency BTA. The number of employed people in Bulgaria was expected to shrink by 2.4 per cent this year before recording a small growth of 0.4 per cent in 2014, he said.

The slower recovery would also cause a delay in Bulgaria balancing its state Budget – it is now expected that a zero-deficit could be achieved no sooner 2017. For this year and 2014, the consolidated Budget deficit target is 1.3 per cent of GDP, falling to one per cent in 2015 and 0.8 per cent in 2016.

The targets were well within the three-per-cent ceiling set by EU’s fiscal compact. Bulgaria could afford a higher deficit and still stay within the confines of the fiscal compact, but should avoid doing so unless the economy was in deep recession, Hristov said.

He said that there were no threats to this year’s deficit target, with first-quarter data showing revenue collection was on track to meet the targets set in the 2013 Budget. 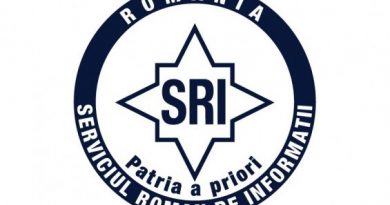