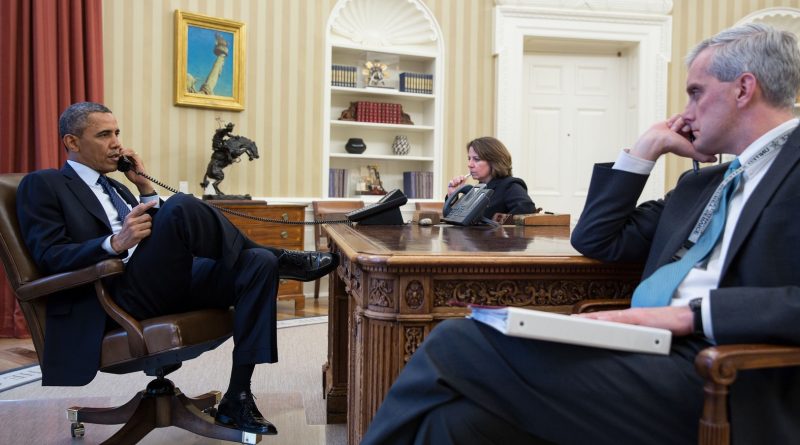 At least three people were killed and more than 140 injured Monday after two nearly simultaneous bomb blasts went off near crowds of spectators at the finish line of the prestigious Boston Marathon.

Boston Police Commissioner Edward Davis said there was “no specific intelligence” warning of an attack, and authorities said there was no immediate claim of responsibility.  The Federal Bureau of Investigation is leading a multi-agency probe into the bombings.

U.S. President Barack Obama said in televised remarks that the United States will find out who was responsible and hold them accountable.

“We still do not know who did this or why. And people shouldn’t jump to conclusions before we have all the facts. But, make no mistake, we will get to the bottom of this. And we will find out who did this, we will find out why they did this. Any responsible individuals, any responsible groups, will feel the full weight of justice.”While Mr. Obama did not call the explosions an attack, a White House official said any event with multiple explosive devices “is clearly an act of terror, and will be approached as an act of terror.”Television footage showed scenes of confusion, streets littered with debris and blood, paramedics carrying stretchers, and damage to nearby buildings.

Bloody spectators, including some with severed limbs, were carried to the medical tent that had been set up to care for fatigued runners from the race.

The blasts occurred about two hours after the first of the race’s more than 23,000 runners had crossed the finish line.

About 17,600 participants finished before the explosions.  The competition was halted after the bombs went off, as was subway service to the area.

Cities worldwide stepped up security following the explosions.In Britain, police said they are reviewing security plans for Sunday’s London Marathon, the next major international marathon.New York City officials said police have increased security around landmarks in Manhattan, including near prominent hotels, in response to the blast.  Washington, D.C. and Los Angeles also are on a heightened state of alert.

Officials in Boston said an electrical fire that broke out at the John F. Kennedy Library a few kilometers from the marathon’s finish line was not related to the bombings.

Shortly after the explosions, the U.S. Secret Service shut down Pennsylvania Avenue outside the White House, cordoning off the area with yellow police tape.  But the White House is not on lockdown.

President Obama called Boston Mayor Tom Menino and Massachusetts Governor Deval Patrick and told them his administration will provide whatever assistance is necessary in the investigation and response.

Boston is a major metropolis located in the northeastern U.S.  The marathon is a significant event the city hosts every year.  It attracts runners and spectators from all over the world.

Azeem Khan, a Pakistani-American who was three miles from the race finish at the time of the explosions, told VOA’s Urdu service that up until that point it had been a “joyful day.”  He said in the aftermath, a lot of runners were scrambling to borrow cell phones to contact family members who had been waiting at the finish.

“Running the race, it was such an amazing experience. The joy of the people is what helped me keep going when I was so tired and how everyone was out, the entire state of Massachusetts was out. Little kids — even if they weren’t part of the marathon staff — little kids hanging around with Dixie cups and people who baked cookies for us, and people were handing out food and telling us to keep going and giving us handshakes as we were running. It was just such a joyful day, and to turn such a joyful day into massacre like this, just can’t help you but feel anything but anger,” he said.

Khan said as bad as Monday was, he will run another big city marathon.  He plans to sign up for the Chicago Marathon in October.

Source: VOANews.com
(US president Barack Obama speaks on the phone with FBI director Robert Mueller to receive an update on the explosions that occurred in Boston, in the Oval Office, April 15 2013. Seated with the president are Lisa Monaco, assistant to the president for homeland security and counterterrorism, and chief of staff Denis McDonough. Official White House Photo by Pete Souza) 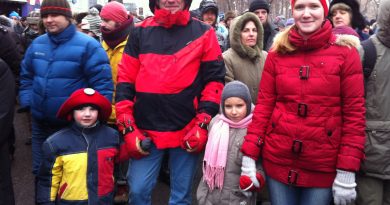 ‘Agent Buddha’, calls for yet more referendums, and ribbon-cuttings – just another weekend in Bulgarian politics