Socialist Venezuelan President Hugo Chavez has died at the age of 58 following a long battle with cancer.

Chavez once dreamed of becoming a professional baseball player, but instead he entered the world of politics. During his lifetime, the controversial president courted figures such as Fidel Castro of Cuba, Iran’s Mahmoud Ahmadinejad and then-Libyan leader Moammar Gadhadi.

As an army paratrooper in 1992, Mr. Chavez led an unsuccessful coup against then-president Carlos Andres Perez, and he spent time in jail for plotting the failed coup. Mr. Chavez’s political fortunes later changed.  He was elected president of oil-rich Venezuela in 1998, running on a populist platform and pledging to wipe out poverty and corruption.

He considered himself a revolutionary and said he was inspired by his political mentor, Fidel Castro, who held power for close to 50 years in Cuba. Critics often accused Mr. Chavez of steering Venezuela toward a Cuban-style one-party dictatorship.  Political analyst Luis Vicente Leon says Venezuela became undemocratic under the president’s growing authoritarian rule.

“We rediscovered the needs of the poor classes, we rediscovered that it was necessary to tend to their problems.  What are the negatives?  Well, I think the most important of all is that Venezuela’s democracy nowadays is quite a poor democracy,”Leon saud.

Chavez was a fierce critic of the United States, which he often referred to as “the empire,” and he accused the U.S. of supporting coup attempts against him – charges Washington denied. Back in 2006, he famously referred to then-U.S. president George W. Bush as “the devil” during a speech before the United Nations General Assembly.

“Yesterday the devil was here at this very spot. This podium where it is now my turn to speak still smells of sulfur,” Chavez said.

As president, Chavez nationalized major companies across a range of industries — from oil, steel and cement, to electricity and telecommunications. He also directed funds from the country’s oil wealth to social programs for the needy.  Additionally, he used electoral victories to extend the presidential term to six years and remove term limits.

Michael Shifter is an analyst with the Inter-American Dialogue in Washington.  He says the president’s leftist policies hurt long-term economic development and contributed to rising crime.  But he says Mr. Chavez will be remembered as a champion of the people who used his country’s vast oil wealth to provide the poor with free housing and health care.

“There is nobody around who has the charisma and the ability to connect to Venezuelans the way Chavez did. Chavez as a figure and the memory of Chavez won’t disappear.  That will help sustain the movement,” Shifter said.

Chavez also earned the ire of critics by cracking down on the opposition media.  The human rights body of the Organization of American States voiced concern about the use of the punitive power of the state to silence opponents in Venezuela.

In 2008, Venezuela and Ecuador broke diplomatic relations with Bogota after Colombian troops raided a Colombian FARC rebel camp in Ecuador, killing a rebel commander and several other people.

Ties between Venezuela and Colombia soured over accusations that Venezuela harbors FARC rebels.  Venezuela denied financing and supporting the FARC.  Mr. Chavez, however, helped win the release of some Colombians held hostage by the FARC.

In June 2011, President Chavez was diagnosed with cancer and subsequently underwent surgeries in Cuba to remove tumors from his pelvic area.  He then underwent chemotherapy both in Cuba and Venezuela for the disease.  The president did not disclose what kind of cancer was being treated, but insisted he would be ready to run for re-election in October 2012.  Mr. Chavez won a fourth term, but underwent a fourth cancer operation in Cuba in December.  He was not seen in public after that, although a photograph of him with two daughters was released in the weeks prior to his death.

Chavez was to have been sworn in this past January, but the event did not occur because he was not well enough for the occasion. 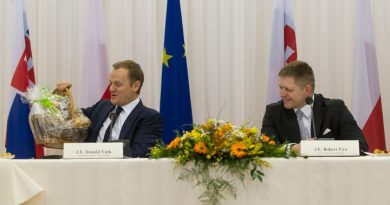