The abrupt resignation of Boiko Borissov’s government ahead of the end of its term leaves a list of unfinished business that may or not have been finalised had it lasted the distance.

Parliament, pending it being prorogued when a caretaker government is formed and a date for elections set, can meanwhile carry on approving legislation. But a caretaker administration, the main task of which will be to guide the country towards elections and otherwise keep the machine ticking over, may not be able – or willing – to tick the remaining boxes on the Borissov government’s to-do list.

Ironically, one of the things that Parliament can, and theoretically must, do is formally respond to the outcome of the January 27 2013 national referendum on the future of nuclear energy. Of, if you prefer your political realities undiluted by obfuscation, the Belene referendum.

The official outcome was a turnout that was too low to be decisive but just too high to be ignored completely. Thus the final denouement of the referendum debacle must be a response by Parliament. Given GERB’s majority, it is probable that the question simply will be given some sort of formal coup de grace in the House. But it is also probable that the opposition socialists, who worship the Belene project as a form of sacred political totem, will use the opportunity to hammer home their message of how wonderful it would be if Belene was built and, in their view, evaporate the problem of high electricity bills.

Speaking of high bills, in December 2012 the Cabinet gave Defence Minister Anyu Angelov a mandate to negotiate, without going to tender, on the purchase of jet fighters to replace Bulgaria’s ageing and outmoded Soviet-era aircraft. His deadline to report to the Cabinet is March 1, by which time it is reasonably likely that a caretaker minister will be acting in Angelov’s stead. But simply put, given the expected price tag of about 700 million leva (about 350 million euro), this is hardly an acquisition that a Borissov acting administration would want to approve at the moment, at least if it has any ambitions of returning to power. With public emotions running high about people having low incomes and high electricity and heating bills, buying a set of jet fighters would – to say the least – not go down well.

Then there is the Schengen issue, which has become something of a hardy annual for Bulgaria and Romania. In Bucharest, Romanian prime minister Victor Ponta took the opportunity of the political uncertainty about who will govern in Sofia to darkly hint that if prospects of the two countries joining the visa zone are dashed again, it would be Borissov’s fault. (A somewhat disingenuous statement, given Romania’s own political crisis last year, culminating in the failed attempt to impeach president Traian Basescu, which strained relations with the EU and Western capitals amid concerns that the rule of law was being sacrificed on the altar of political expedience.)

So far, after the Borissov resignation, the word has been that the question of admitting Bulgaria and Romania to Schengen would remain on the agenda of an EU justice and home affairs ministers meeting scheduled for March 7.

Recently, Bulgarian Interior Minister Tsvetan Tsvetanov optimistically proclaimed that the Netherlands was softening its resistance to admitting Bulgaria and Romania to Schengen. There have been signals from the Dutch that this is not completely true. For the time being, it is an open when and under which government someone in Sofia will be able to take credit for success with regard to Schengen.

For many, at the top of the list of unfinished business would be reform of the judiciary and conclusive action against organised crime. For many too, the question of energy policy will see no decisive answer pending the election and the formation of a fully-fledged government. This latter point appears to be at least part of the motivation for President Rossen Plevneliev subtly criticising Borissov for stepping down instead of fulfilling the government’s responsibility to serve out its term.

In the transport sector, considering the continuing financial mess surrounding the state railways, the absence for some time of a minister in place because of a political election process is unlikely to help.

On the education front, similarly, reforms remain pending, and the third and latest minister in this government’s term appears certain to go down as the one to have the shortest career in the post.

Of lesser national significance is the fact that Delyan Dobrev, who ordered a do-over on the new logo to attract foreign tourists, will not be there for some time to be involved the process. And like most other ministers (Borissov says that Finance Minister Simeon Dyankov definitely will not be coming back) it will be up to Bulgaria’s voters to decide whether Dobrev again has any say in the matter.

Of greater national significance are the various foreign policy initiatives and engagements since the current and now former government came to power in July 2009 – those involving the Middle East and North Africa, the countries of the Western Balkans, primarily. Under a caretaker government, some of these processes may be handled at a technocrat level (and like all portfolios, much will depend on the actual expertise of the expert appointed) and Bulgaria will continue to be represented in international forums of which it is a member, but a decisive difference requires a political pilot.

(Photo of the Cabinet office in Sofia: Clive Leviev-Sawyer) 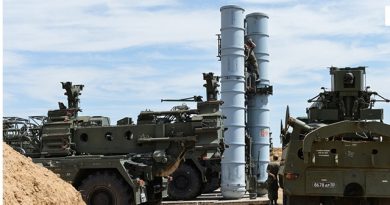