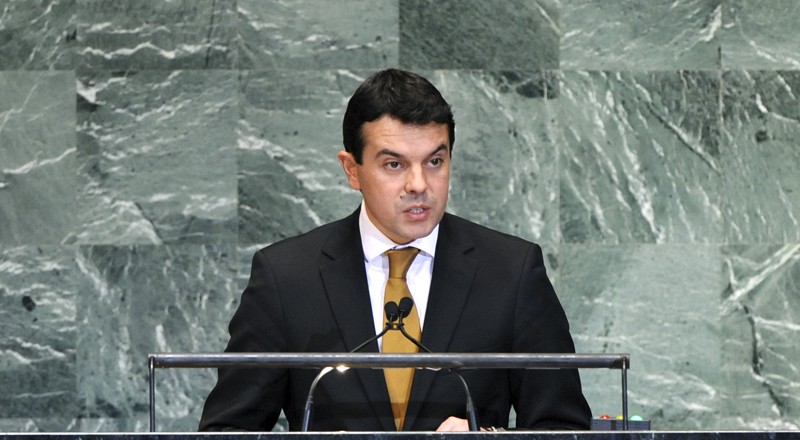 Macedonian foreign minister Nikola Poposki has written to his Czech counterpart Karel Schwarzenberg expressing thanks for the decision by the government in Prague to use the constitutional “Republic of Macedonia” name in relation to Poposki’s country.

The decision by the Czech Republic government, which emerged in mid-February 2013, follows the same decision being taken towards the end of 2012 by Hungary.

Hungary’s December decision saw Budapest change its stance on an issue that is at the core of Skopje’s foreign relations because of its long-standing dispute with Athens about the use of the name “Macedonia”.

Greece rejects Skopje’s use of the name Macedonia as historically inappropriate and as open to exploitation to back up Skopje’s territorial claims in northern Greece as well as claims about ethnic minorities. The Macedonia name dispute has been the subject of marathon attempts under United Nations brokerage to resolve the issue. This process has produced no result, although the opening weeks of 2013 saw further engagements between Athens and Skopje under the auspices of UN-appointed media Matthew Nimetz.

The motivations for Hungary and the Czech Republic, both EU members, making their respective decisions on the name of Macedonia have not been made clear.

“Moreover, Minister Poposki has particularly welcomed the Czech support for Macedonia within the European Union, where the country acts as a vocal advocate and staunch supporter of starting accession negotiations with the Republic of Macedonia as soon as possible,” Macedonia’s foreign ministry said.

“This latest decision of the Czech authorities provides yet another evidence of the exceptionally positive bilateral relations between the Republic of Macedonia and the Czech Republic, being, at the same time, a unique friendly gesture aimed at strengthening the existing relations of mutual trust and friendship between the two countries even further,” Skopje said.

Earlier, at a November 2012 meeting, it emerged that the Czech and Macedonian prime ministers had agreed that co-operation between the Czech Republic and the Republic of Macedonia would be developed in energy, transport infrastructure and green technologies.

At a meeting between Macedonian prime minister Nikola Gruevski and Czech prime minister Petr Necas, the Czech Republic’s continued support of Macedonia’s accession to the European Union and Nato was emphasised, according to a statement at the time.

From the perspective of mutual economic co-operation, the Czech prime minister appreciated that Skoda had become the car of choice for the Macedonian government and police. He noted that, with their ability to make competitive offers, Czech companies had also found success in Macedonia’s transport projects, such as the resumption of work to complete the railway linking Bulgaria, Macedonia and Albania, and completion of the motorway between Macedonia and Greece.

Czech firms have the necessary experience and interest in working in the Macedonian market on projects to clear up environmental damage and remove old environmental hazards, projects to construct sewage and drinking water treatment plants, and projects to supply organic waste disposal systems and other green engineering components.

In Macedonia, opportunities are opening up for businesses and investments in the modernization of schools and in the energy sector, where there is interest in exports of electricity generating machinery and equipment, the development of a heat and power transmission network, and hydropower, including cooperation in the construction of small hydropower plants. In the exploration of mineral resources, Czech companies are eager to collaborate on geological surveys and supplies of machinery. 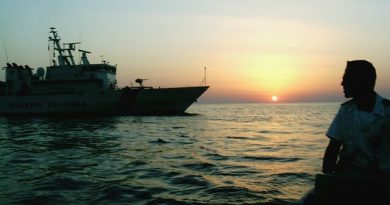 Migrants are avoiding Greece in effort to reach Europe