Lawyers for the 13 accused in the “radical Islam” trial in the Bulgarian town of Pazardzhik challenged the credentials of the expert witnesses called by the prosecution to give evidence on documents found during investigations.

The 13 accused were arrested in October 2010, following a series of raids carried out by prosecutors, the Interior Ministry and SANS, Bulgaria’s main intelligence agency. All of them were charged with being members of the Al-Waqf Al-Islami organisation, not recognised by Bulgaria as a religious group. (Although the organisation was reportedly registered in Bulgaria in 1993, under the country’s law on the registration of religious groups, it was denied registration the following year. In 1999, one of its leaders was expelled from Bulgaria as a threat to national security.)

After the trial resumed on February 4 2013, the court heard evidence from Dr Klara Stamatova-Toneva, who said that the documents that she had examined contained formulations “characteristic of radical Islam”. She said that the texts contained misinterpretations of Islam and incitements to terrorism.

She told the court that one of the documents had passages on polygamy, which is illegal in Bulgaria. She said that one of the passages said that “women will never improve until they are hit” and there were instructions where to hit women so that there would be no scars.

Defence lawyers called into question the qualifications and objectivity of the expert witnesses. The lawyers challenged the credentials of evidence from Agop Garabedian, saying that Garabedian was a historian and not a professional theologian nor a specialist in Arabic studies. The court overruled this objection.

In another objection, defence counsel objected to evidence from two other experts, saying that in the trial, no Muslim or specialist in Islamic theology was being heard. “Imagine prosecuting 11 Orthodox Christian priests and the experts are all Muslims,” an attorney for the defence said, but the objection was overruled. 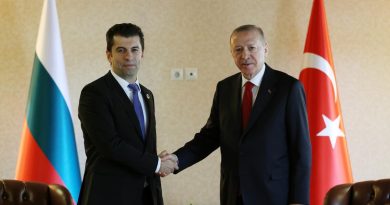