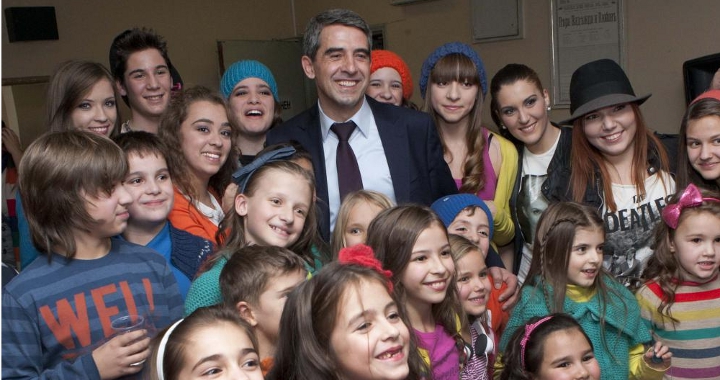 Bulgarian Christmas charity has concluded its annual donation drive on January 17, saying that it has collected 2.04 million leva. It was the tenth year of the annual campaign, started during the first term of previous president Georgi Purvanov, with the goal of gathering funds for helping child hospitals and sick children.

The charity previously reported that it had collected 1.7 million leva by December 26, the day after its annual charity concert at the Ivan Vazov national theatre, which featured dozens of Bulgarian entertainers.

In a letter posted on the presidency’s website, President Rossen Plevneliev thanked all donors and participants in this year’s campaign, which included teachers and pupils organising events in support of the drive, media partners and mobile carriers, as well medical professionals that helped sharpen the focus of this year’s campaign. This year’s drive – the first of Plevneliev’s term, who took office in January 2012 – focused on raising funds towards helping children with neurological disorders, mainly cerebral palsy.

“Among you are people of different ages, of different confessions, of different professions, representatives of businesses and Bulgarians from all corners of the world. You all showed nobility in the name of sich children and proved than charity is a worthwhile cause for every human being,” Plevneliev wrote in his letter.

Over its 10-year span, Bulgarian Christmas has raised 19.5 million leva (about 10 million euro) during its annual campaigns, of them five million spent to help the treatment of 1424 children and the rest on the acquisition of medical equipment and ambulances for 153 medical facilities in the country, according to data on the Bulgarian Christmas website.