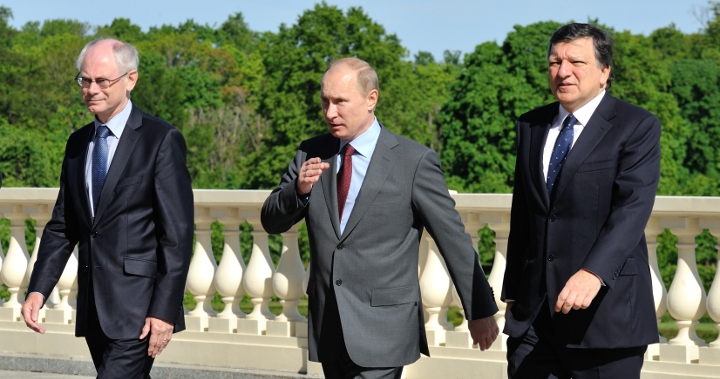 In the big picture of Russia’s relationship with the European Union, Bulgaria has never played a big role – certain remarks from Russian diplomats in Brussels describing Sofia as Moscow’s “Trojan horse” in the EU aside, other member states have proven much more open to cultivating closer economic ties with Russia than Bulgaria.

The latest EU-Russia summit in Brussels on December 20-21 is expected to feature tough talk from both sides on a number of issues – the European Commission believes that Russia is raising too many trade barriers and has threatened World Trade Organisation (WTO) litigation now that Russia has joined the organisation earlier this year. Russia, for its part, feels that Europe is dragging its feet on visa liberalisation.

But it is the other major issue on the agenda of the summit that might have a direct impact on Bulgaria – Russia’s proposal that the EU exempts the Nord Stream and South Stream pipelines, as well as two others linking Nord Stream to Europe’s gas grid, from the requirements of EU’s Third energy package, which would force Russia’s Gazprom to open the pipelines to other companies.

Bulgaria joined South Stream last month, after extracting several concessions from Gazprom following two years of negotiations. In addition to lower gas prices and a reduction in the take-or-pay amounts, Bulgaria secured the exclusion of intermediaries – and all that without giving Gazprom control of its gas grid, which the Russian state monopoly has long sought.

Last week, Russia’s energy minister Alexander Novak said that Moscow had prepared a new proposal asking the EU to give Nord Stream (as well as its OPAL and NEL extensions) and South Stream the status of a Trans-European Network project, which would exempt them from the liberalisation rules coming into effect next year. It was unclear, however, how the new proposal was different from Russia’s earlier exemption requests.

Bulgaria has agreed to give its stretch of South Stream the status of a national priority project, as has Hungary and Serbia – sufficient grounds, according to Novak, to grant Gazprom’s request. (Novak will be one of three Russian ministers accompanying president Vladimir Putin to the summit and his direct counterpart, energy commissioner Guenther Oettinger, will be part of the EU delegation).

Two years ago, Bulgaria briefly toyed with the idea of backing Russia’s claims for special status for South Stream. Since then, Sofia has cooled down on such talk – much to Moscow’s annoyance, as Russian officials appear to have expected their European partners in South Stream to have been more active in lobbying Brussels on behalf of the project.

This summit is not expected to make much progress on the multitude of issues where Russia and the EU are miles apart and on the gas issue, matters are further complicated by the European Commission’s ongoing anti-trust investigation against Gazprom’s operations in Eastern Europe, Bulgaria included.

The Commission announced its investigation in September, saying that it had “concerns that Gazprom may be abusing its dominant market position in upstream gas supply markets in Central and Eastern European member states.” Gazprom is accused of hindering free flow of gas between member states, preventing diversification of supply and imposing unfair prices by linking gas prices to oil prices. The EU never gives deadlines for its antitrust investigations and a verdict in this case is not expected before spring 2013, at the earliest.