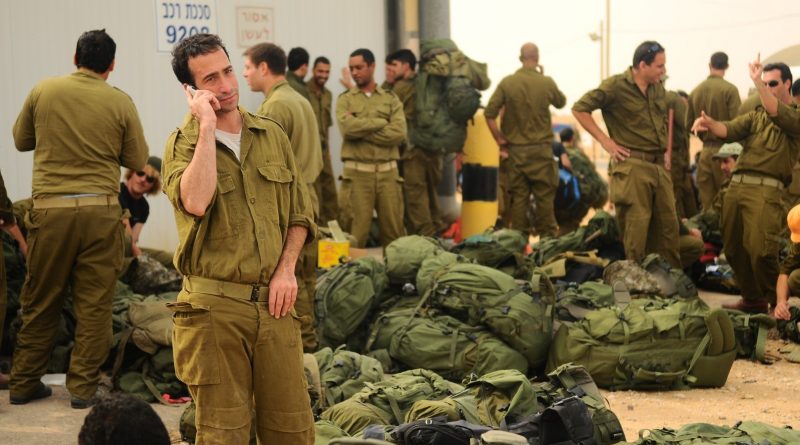 A cease-fire in Israel-Gaza hostilities brokered by Egypt went into effect Wednesday night, but not before last-minute exchanges of volleys between Israeli forces and Hamas militants who run the Palestinian enclave.

Gazans poured into streets after the cease-fire began and celebratory gunfire was heard. After days on near non-stop barrages, the Israeli aerial assaults appeared to have stopped. Mosques blared messages welcoming the truce and praising the “resistance.”

​​An Israeli drone was heard overhead in the minutes after the cease-fire began. Israeli media reported some incoming rocket fire towards southern Israel in the first hour of the cease-fire.

Egyptian Foreign Minister Mohammed Kamel Amr made the truce announcement in Cairo with U.S. Secretary of State Hillary Clinton at his side, less than two hours before the 9 p.m. local time deadline for the cease-fire to begin.

​Terms of the cease-fire include both sides stopping hostilities and the opening of border areas from Gaza for the movement of goods and people. There will be a 24-hour period for implementation of the cease-fire. Egypt shall watch for violations on both sides.

Egyptian Foreign Minister Mohammed Kamel Amr made the announcement in Cairo with U.S. Secretary of State Hillary Clinton at his side.

Clinton said she looked ahead to a more lasting solution.

“Ultimately, every step must move us toward a comprehensive peace for all the people of the region,” she said.

The biggest immediate concern, though, was whether a truce will hold in the coming hours and days.

In Jerusalem, Israeli Prime Minister Benjamin Netanyahu thanked Clinton and U.S. President Barack Obama for their efforts and said Israel would pursue a lasting, sustainable cease-fire. But he also reiterated that Israel would do what it must to defend its people.

Israeli Defense Minister Ehud Barak also said Israel had achieved a majority of its objectives, destroying rockets, launch sites and Hamas bunkers. He also said Israel’s Iron Dome defense system had knocked down more than 500 of the rockets fired into Israel from the Gaza strip.

A White House statement said Obama commended the prime minister in the call “while reiterating that Israel maintains the right to defend itself.”

Israel planes have pounded the Hamas-ruled Palestinian territory since last week, in a bid to end rocket attacks on its territory from Gaza. Civilian casualties on both sides had hardened positions.

Hamas had also put conditions on stepping back, including a lifting of the Israeli blockade of Gaza, something Israel has shown little sign of doing.

Still, the deal proved a welcome breakthrough in the region, appearing to have sidelined any Israeli plans for a ground invasion. Clinton praised her Egyptian counterparts for their efforts in steering the two sides toward a truce.

“Now that there is a cease-fire, I am looking forward to working with the foreign minister and others to move this process,” she said.

Egypt, with its Islamist president Mohamed Morsi and a peace treaty with Israel, has been well positioned to lead efforts to broker a Gaza deal and has been working with regional and international figures, including U.N. Secretary General Ban Ki-moon, to bring it about.​​

​​Before word of the truce came, attacks rocked  both sides of the border between Israel and the Gaza Strip.

Inside Israel, a bomb blast on a bus in central Tel Aviv injured at least 20 people on Wednesday, some seriously.

“As far as we’re concerned, what took place is there was at least a package or possibly a suicide bomber that planted a device and maybe left the scene,” he said. “The investigation is continuing at the moment, and we’re looking in a number of different directions.

“We’ve heightened security around the area, including roadblocks that have been set up, and we’re not taking any chances whatsoever, in order to prevent a further attack from taking place,” he said.

In Gaza City, news of the Tel Aviv attack met with approval from Hamas spokesman Sami Abu Zuhri, who called the bombing revenge for civilian deaths in Gaza in recent days.

New rounds of missile and air attacks rained down on Gaza following the Tel Aviv attack.  Palestinians medics say so far Wednesday at least 10 people were killed, including a young boy.

Israel and Hamas have traded rocket fire since an Israeli missile killed Hamas’ military chief in Gaza City last week. Israel says the attack was a direct response to months of almost daily rocket fire into southern Israel from Gaza.

He added the current conflict has served to polarize both sides, making people more angry and afraid.

Some of that anger was visible Wednesday outside the Shifa Hospital in Gaza City, where shop owners distributed cakes and candies upon hearing of the Israeli bus explosion.

“They took our land and we must take it back by force,” said one. “What was taken by force can only be returned by force.”

Abbas said he was working with the U.N., Jordan and the U.S. toward a peaceful solution but was adamant Israel is to blame.

“There is no doubt that Israel holds the responsibility, because despite all the tension between Gaza and Israel, Israel has started all the assassinations, and it assassinated one of Hamas leaders, which led to an escalation of the situations in those areas,” he said.

Abbas does has little influence in Hamas-ruled Gaza, but his West Bank government could be instrumental in implementing a cease-fire agreement on the Gaza side.

“Gaza is an occupied territory and all the people of the world have the right to resist occupation,” he said. “No one could imagine the tragic circumstances that the Palestinian people are living through.”

“The whole state of Israel is a front line,” he said. “There is no front and back, we are all in the front, and if someone hesitated, if this is true, the bus today in Saul Hamelech Boulevard is the best proof.”

VOA’S Jeff Seldin contributed to this report from Washington, Robert Berger from Jerusalem and Elizabeth Arrott from Cairo.

(Photo: November 17, 2012: Reserve soldiers in staging areas around the Gaza Strip. On November 16, approximately 16,000 reserve soldiers were recruited for duty as part of Operation Pillar of Defense: IDF via flick.com)