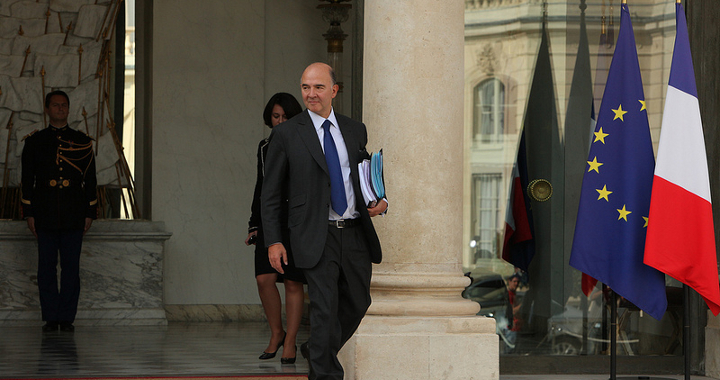 A day after credit ratings agency Moody’s downgraded French government bonds by one notch below the triple-A top ranking, French finance minister Pierre Moscovici said on November 20 that the country’s economy was under no threat.

“The rating change does not call into question the economic fundamentals of our country, the efforts undertaken by the government or our creditworthiness,” he said, as quoted by news agencies.

The rating downgrade did not affect the price of French debt much, but that is because such a move was already reflected in the price, market analysts quoted by Reuters said.

The top two reasons cited by Moody’s for its decision were the “structural challenges, including its gradual, sustained loss of competitiveness and the long-standing rigidities of its labour, goods and service markets” and the uncertain fiscal outlook, “a result of its deteriorating economic prospects, both in the short term due to subdued domestic and external demand, and in the longer term due to the structural rigidities noted above.”

Moscovici said that the downgrade was further proof to push forward with structural economic reforms that have so far proved unpopular with voters, the BBC reported.

Moody’s is the second of the three major international credit rating agencies to downgrade French debt – Standard&Poor’s did so back in January and only Fitch still considers French debt top-rated, albeit it has said that the rating outlook is negative. Moody’s and S&P’s ratings also carry negative outlooks.

Moody’s said that its decision to maintain a negative outlook on France’s credit rating reflected the “weak macroeconomic environment, and the rating agency’s view that the risks to the implementation of the government’s planned reforms remain substantial.”

“Given the current negative outlook on France’s sovereign rating, an upgrade is unlikely over the medium term. However, Moody’s would consider changing the outlook on France’s sovereign rating to stable in the event of a successful implementation of economic reforms and fiscal measures that effectively strengthen the growth prospects of the French economy and the government’s balance sheet.”

Analysts have long warned that France was more susceptible to a credit downgrade and catching the economic malaise of its southern neighbours Spain and Italy, but even Germany’s slowing-down growth has credit rating agencies considering a downgrade of Europe’s largest economies.

Moody’s current has Germany, along with The Netherlands and Austria, as the only three euro zone members with triple-A rating, but all three country ratings have negative outlooks.