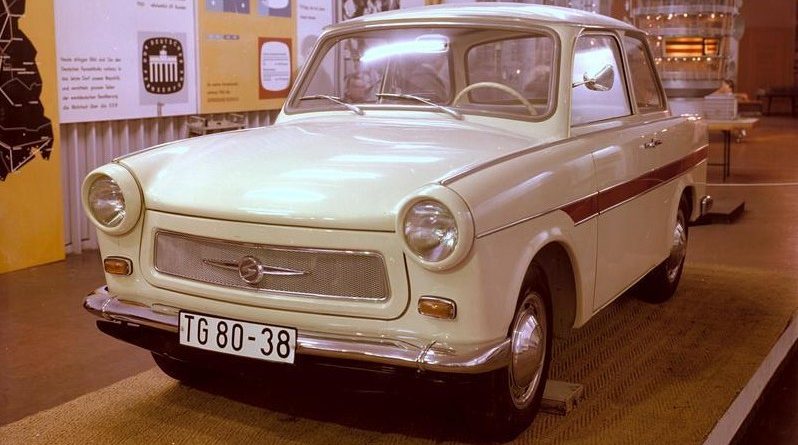 Bulgarian Ivailo Antonov is able to boast that he owns 52 cars, meaning that he can drive a different one each week of the year – the thing is, however, that each one is a Trabant.

The Trabant, with its smoke-emitting, rattling two-stroke engine and body made of a cousin of Bakelite, was a byword for communism’s inefficiency in motor vehicle production. Prized as they were in the communist era as buyers endured long waits to get one, Trabants’ greatest production value was in jokes about them.

But for Antonov, his enthusiasm about Trabants is serious.

Since his first purchase in 1990, he has been collecting them for 20 years.

The Trabant, he says, is eternal. He adds the boast that he can get his up to a smooth highway cruising speed of 120km/h. Considering that the manufacturers officially stated the Trabant’s top speed to be 100km/h, even though many motorists have boasted of achieving faster speeds than that, Antonov’s coaxing of his cars to just 20km/h less than the current speed limit on Bulgarian highways is no mean feat.

In an interview with Bulgarian National Television broadcast on November 15 2012, Antonov said that he inherited his interest in Trabants from his father and grandfather.

He said that he bought his second Trabant for parts, but could not bring himself to take it apart. It was in this way that the collection began to grow.

At the point that the number of Trabants exceeded the space available in his city home garden, the cars migrated to take over a large area of his family’s rural property.

“My oldest Trabant is a model 600 from 1963. This is my first car, bought in the 1990s. In general, it is difficult to part from a Trabant, I would rather give it to someone who would keep it and use it properly.”

Antonov’s wife, the report said, has come to terms with his enormous collection. Moreover, her husband is able to drive her around in a different car every day – even if it is a Trabant.

A collection of Trabant jokes from around the internet:

* What’s the best feature of a Trabant?: There’s a heater at the back to keep your hands warm when you’re pushing it.

* A West German visitor is driving a Mercedes through East Germany on a rainy night when his windscreen wipers stop working. He takes it to an East German mechanic, who tells him there are no Mercedes windscreen wiper motors in the GDR, but he will do his best to fix it. When the businessman returns the next day, to his surprise the windscreen wipers are working perfectly. “How did you find a Mercedes windshield wiper motor in the East?” he asks the mechanic. “We didn’t,” replies the mechanic, “We used the engine of a Trabant.”

– 600 people ordered cars, only one has taken delivery.

– Space for six people, comfort for zero, and one to push it.

* How do you double the value of a Trabant?

* Two Trabants crash in Leipzig. There are two dead and 50 injured. Why? The dead were the drivers – the 50 were injured fighting over spare parts.

* The Shah of Persia hears that there is a car made in East Germany for which the waiting list is 10 years – a Trabant. He exclaims to his minister, “This must be an amazing car. Order one for me immediately.” The car is ordered, and the order reaches the factory. There is greeted with great excitement – a foreign order for a Trabant, to be paid in dollars. The factory decides to build the car in a week and send it express to Persia… where it arrives two weeks later. The minister brings the Shah some exciting news: “Your Excellency. You won’t believe it. What an amazing service. You remember the car you ordered. They have already sent us a cardboard model.”

* Q. How do you measure the acceleration of a Trabant?

* A wealthy West German business owner, a middle class West German factory worker and an East German driver are involved in an accident on the Autobahn. As they stand watching their respective cars burn …

The business owner says: “It will take a single day’s profit from my business to replace my Mercedes-Benz”.

The factory worker says: “I made installment payments for three years to buy that VW Golf”.

The East German looks to both of them and cries: “My wife and I saved for 15 years to buy this Trabant”.

The business owner then says: “Why would you buy such an expensive car”? 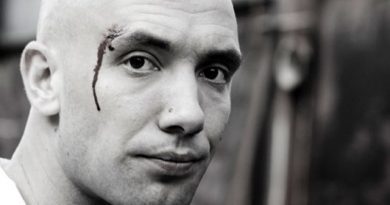 Bulgarian actor Zahary Bacharov to appear in Game of Thrones