MPs from Bulgarian Parliament’s economic policy committee were caught unawares on September 26, when Economy Minister Delyan Dobrev attended a scheduled committee meeting accompanied by the representative of a US-based consortium that claims to be interested in pursuing a privately-funded project for Belene nuclear power plant.

Bulgaria has shelved the plans to build two 1000MW reactors at Belene in March after HSBC, the consultant that the Government hired to estimate the costs of funding and building the plant, said that the cost would exceed 10 billion euro.

Dobrev introduced Samuel Reddy as the representative of US-based Global Power Consortium, later saying that it was his first meeting with the prospective investor. Reddy’s profile on LinkedIn lists him as the chief executive of Swiss company FreNuc SA, which claims to offer nuclear engineering services “backed by decades of industry experience and detailed understanding of QA requirements”.

Reddy declined to name the companies in the consortium, according to reports in Bulgarian media. Two Bulgarian consultants for the consortium – Bogomil Manchev, the owner of Risk Engineering, one of the consultants on Belene, and financier Emil Hursev, once accused of siphoning off funds from Mineralbank but acquitted on all charges – were equally sparse on details.

According to Manchev, New York-based investment fund Quantum Group was to be one of the main investors. Quantum Group claims to be “a diversified company with interests in several growth industries, which have expanded globally over the last two decades”, including IT, telecommunications, mining, real estate and the energy sector.

(The website globalpowerconsortium.com is a carbon copy of Quantum Group’s own page, quantumgroupus.com).

Hursev said that nine companies were on the preliminary list of investors interested in Belene. He said that the companies were publicly traded but did not want their names disclosed until the details of the prospective investment were clarified in negotiations with the Bulgarian Government.

Parliament Speaker Tsetska Tsacheva said that a motion authorising the Cabinet to negotiate Belene’s future as a private project would be filed on September 27.

Finance Minister Simeon Dyankov, quoted by Bulgarian National Radio, said that the prospective investor should back its words with financial guarantees , re-iterating that the Cabinet would not offer any Budget funds or back any loans for the project.

(Bulgaria’s sole nuclear power plant at Kozloduy. After abandoning Belene, the Cabinet said that it would use equipment ordered for the project to build a seventh reactor at Kozloduy. Photo: uvioc/flickr.com) 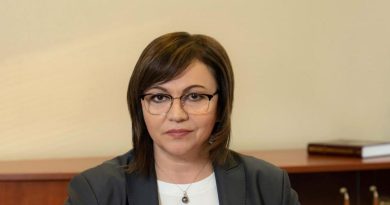