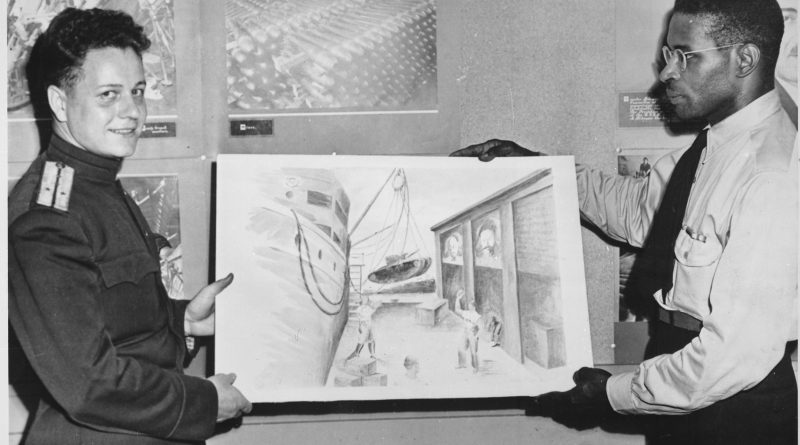 As American officials struggle to meet an Oct. 1 deadline for closing the 20-year-old USAID office in Moscow, it is worth looking at America’s other great 20th century aid program to Russians.

In a corner of Public School 1262 in Moscow, there is a one-room, privately run museum, the Museum of the Allies and Lend-Lease. It celebrates a crucial act of American generosity largely unknown to Russians.

Under the bland title of the Lend-Lease Act, American taxpayers sent to the Soviet people, from 1941 to 1945, $11.3 billion worth of war supplies. That is $146 billion in contemporary dollars.

This steel river of jeeps, trucks and bombers was neither a loan nor a lease. Franklin Roosevelt chose that title in the hopes of deluding American isolationists who opposed what they saw (correctly) as an outright gift to Moscow.

Shipped through the North Atlantic, driven up through Persia, or flown in from Alaska, this ready-made war material also freed up 600,000 Soviet factory workers to directly fight the Nazi invaders.

What was the impact of this generosity?

Without it, Adolf Hitler might have enjoyed his planned victory banquet at the Hotel Astoria in St. Petersburg. He might have then proceeded with his plan to raze Moscow and turn Russia’s capital into a lake. As a rump Soviet government retreated to the Urals, Hitler might have pursued his grand plan to reduce “excess” Slav populations and convert the Black Soil belt into agricultural plantations devoted to feeding the Third Reich. (Note to Russian neo-Nazis: Sorry to break the news, but the real Nazis wanted your grandfathers dead).

Even after Dec. 7, 1941, one current of thought in the United States said, in effect: trade Britain for the Bolsheviks. In other words: Adolf, lay off London. Focus your energies on Moscow. An Anglo-American alliance could learn to live with a Nazi dominated Europe. Our fight is with the Japanese, who attacked Hawaii, and were killing and interning Americans in the Philippines and the Marianas.

Instead, a more generous and liberal American worldview prevailed: free the world from fascism.

It was toward this goal, that my mother worked at a factory building bomb sites outside of New York City, and my father drove a military ambulance in the North African campaign against the Nazis. They were just two of the millions of Americans who volunteered — were not drafted — in the war effort.

It did not fit with Stalin’s self-aggrandizing victory narrative.

After the fall of communism, the Lend-Lease never recovered its place in Russian history books.

There was an earlier precedent.

In 1921-22, the United States Congress-funded American Relief Administration helped feed about 10 million starving Russians. Initially, Lenin had refused Western aid. But as the death toll mounted, he relented. American food aid continued through 1923. But American popular support dwindled when it became clear that the Soviet government was exporting its own grain to earn foreign currency, and then asking foreigners to feed Russian peasants.

I bring this up because a similar Kremlin official revisionism is now underway about American taxpayer’s third great aid project to Russia in the last century: the USAID project.

Over the last 20 years, the United States has given $2.7 billion in aid to post-communist Russia. Initially, the aid was designed to stave off severe food shortages. But the bulk was to ease Russia’s transition from a closed society and economy to an open one.

Much of the money went to such building block projects as drawing up a land code, a tax code, promoting small business and judicial reforms.

Over the last two decades, I have known many AID workers in Russia. They came in all shapes and sizes, but seemed to be motivated by a common goal: to see Russia progress from a state-controlled economy and society to an open one.

The program had American support. Year after year, it was approved by the U.S. Congress. Congress answers to the 138 million Americans who pay income tax. If aid to Russia was unpopular, it would have been thrown out years ago.

As Russia’s economy stabilized and grew, the aid shrank. This year, it is $49 million – less than 20 percent of the mid-1990s peak. It increasingly went into health issues – fighting tuberculosis, AIDS prevention, and reducing the abandonment of children.

On one level, the Putin Administration feels Russia has outgrown foreign aid. But, just as Russia seeks foreign investment in factories, foreign aid in health care brings in new techniques and experience. There is no point in reinventing the wheel in either sector. Should Russia throw out foreign car companies and go back to making its own world-beating cars?

On another level, Vladimir Putin feels that Washington is interfering in Russian politics by granting a total of $29 million this year to such civil society groups as Golos, a clean elections group, Memorial, a human rights group, and Transparency International, a corruption fighting group.

Hmm, what does that say about the Kremlin’s attitudes toward clean elections, human rights, and corruption fighting?

And what does it say, when the Kremlin elephant stands on a stool, and cries ‘eek, eek’ at the sight of a $29 million American mouse?

Today, Russia’s finance minister, Andrei Belousov, announced that Russia’s net capital outflow for the first eight months of 2012 was $52 billion. At that rate, it took three hours to clock $29 million out the door. Presumably, private Russian donors can be found to pick up the slack. Of course that assumes that the Kremlin will allow non-governmental groups to take non-governmental donations.

Kremlin apologists try to persuade the public that Western money is the reason for the protest movement in Russia. But, in a recent Pew Global Attitudes survey, 58 percent of Russians believe the opposition protests were home-grown. Only 25 percent believe that foreign powers are behind the protests.

All the same, 20 years of USAID assistance to Russia is being sacrificed on the current altar of anti-Americanism.

In a sign of the times, an American, Marc Schneider, was chosen earlier this month to play the role of Napoleon in the Sept. 2 reenactment of the Battle of Borodino. This 1812 epic confrontation pitted the French dictator’s Grande Armee against the forces of Czar Alexander I.

So while, President Putin and former French President Valery Giscard d’Estaing met at the battlefield and talked to reporters about the eternal friendship between France and Russia, a pint-sized American Napoleon swaggered up and down the French lines, urging his troops to kill Russians.