Foreign ministers from five European Union countries have delivered a message of encouragement and support to Georgia ahead of the country’s October 1 2012 parliamentary elections – an unfolding saga that has been the subject of “high expectations” from the bloc, that wants to see elections conducted democratically and fairly.

Georgia’s ruling party is being challenged in the parliamentary elections by Bidzina Ivanishvili’s opposition Georgia Dream party, the latter seen as running second in the polls and which Georgian president Mikhail Saakashvili has sought to portray as close to Russia, with which Georgia engaged in open conflict in 2008.

EU foreign policy chief Catherine Ashton and the bloc’s Enlargement Commissioner, Štefan Füle, said in a joint statement in early September that Georgia was an important partner for the EU.

The joint statement added, “Georgia’s challenges ahead include consolidation of democracy, the spreading of the benefits of growth, and achieving a broader inclusion of marginalised groups that are key to the sustainable development of Georgian society.”

“We emphasise the EU’s high expectations for Georgia’s parliamentary elections to take place on October 1. These elections will be crucial in terms of the continued democratic development of Georgia and will set the stage for the quality and intensity of our relations in the future,” Ashton and Füle said, calling on both the government and the opposition to continue to ensure a peaceful, enabling and competitive electoral environment and also a healthy media environment in this regard.”

The two senior EU office-bearers said that they were concerned about growing polarisation and tension in this context – elections should be first of all about political programmes and ideas.

“All parties and candidates should contribute to a calm and conducive election environment, refraining from actions and inflammatory statements that might further escalate an already tense environment and sow doubts about the results. Building democracy needs responsible actors across the political dividing lines,” the joint statement said.

On September 17, five EU foreign ministers – from Bulgaria, Lithuania, Latvia, Romania and the Czech Republic – held talks with Saakashvili, the president of the Georgian parliament David Bakradze and the country’s foreign minister Grigol Vashadze, as well as with representatives of the opposition and civil society.

Bulgarian Foreign Minister Nikolai Mladenov said: “Georgia is an excellent example of how determination in dialogue with the EU and Nato produces concrete benefits.

“There is progress on the Association Agreement and on free trade, as well as the first steps towards visa liberalisation. Other Eastern Partnership countries can learn from this progress,” Mladenov said.

“We are here to support reforms in Georgia, its stability and territorial integrity,” he said.

Mladenov emphasised that the EU believes that as a democratic country, Georgia will hold on October 1 free and fair elections, the outcome of which will be decided at the polls.

“We believe that after the big improvements made to the electoral law, the most important conditions for the quality of the electoral process have been fulfilled,” Mladenov said.

In August, an OSCE Office for Democratic Institutions and Human Rights monitoring group, headed by Bulgarian Nikolai Vulchanov, began monitoring of the pre-election process in Georgia. 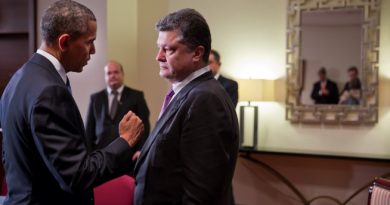 Ukrainian leader to seek greater US support on visit 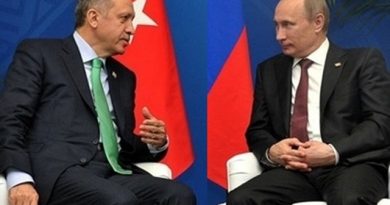