An exhibition entitled “Europe ancient and modern, ecstatic and magical” (European tales and legends) opens on September 17 2012 at 5pm at the former municipal mineral baths in the Bulgarian capital city as part of celebrations of the Day of Sofia.

The exhibition, under the auspices of Sofia municipality, is part of the city’s campaign to be named European Capital of Culture 2019.

It is dedicated to the 150th anniversary of the birth of Bulgaria’s Professor Ivan Shishmanov, an early pioneer of the idea of European union.

According to a media statement by the municipality, the exhibition includes 22 large-canvas colour photographs on the theme of tales and legends of the peoples of Europe. The director of the exhibition is Alexander Georgiev and the photographer, the award-winning Rad Dimitrov.

Other events celebrating the Day of Sofia include a jazz concert at 7pm at the Vivacom Art Hall, 4 Gourko Street, with Chad Lefkowitz Brown on saxophone, Martin Doikin on bass, Milen Kukosharov on piano, Mitko Dimitrov on drums and Alex Stoyanov on flute. 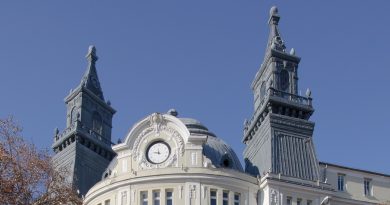