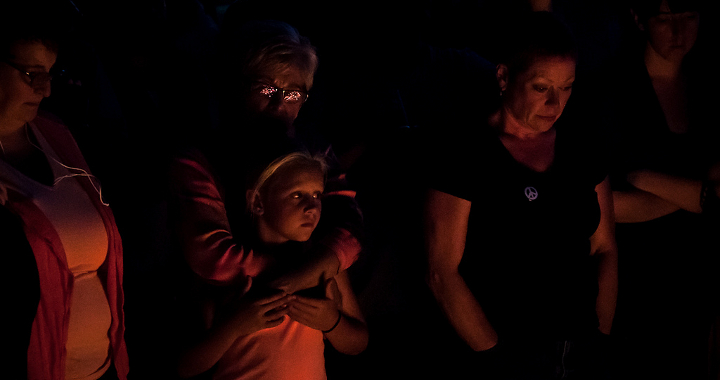 U.S. authorities have identified the gunman who shot six worshippers to death at a Sikh temple in the northern U.S. state of Wisconsin as a former American soldier.

Investigators on Monday said the shooter was Wade Michael Page, a 40-year-old man who served in the U.S. Army for about six years in the 1990s. They said he had numerous tattoos on his body, including one that said “9-11,” the date of the terrorist attack in the U.S. that killed nearly 3,000 people in 2001.

Authorities said the shooting Sunday morning near the city of Milwaukee may have been an act of domestic terrorism, or a hate crime. In the U.S., Sikhs, who wear turbans and grow beards, have been mistaken for Muslims and targeted for that reason, including a Sikh who was killed in the southwestern state of Arizona four days after the 2001 terrorist attacks.

Police searched Page’s apartment for clues to the shooting, but have yet to determine a motive.

Indian Prime Minister Manmohan Singh, himself a Sikh, said he was shocked and saddened by the assault, calling it a “dastardly attack.” India is home to a majority of the world’s Sikhs.

“It is a very sad occasion, senseless killings of people who gathered together in a religious congregation. That it has happened in very tragic circumstances is something which makes me enormously sad. I hope the American authorities would investigate who were behind this dastardly attack on innocent devotees and that they will ensure that such costly events do not take place.”

Authorities say the gunman killed the six worshippers before he was shot dead by police.

Three others were hospitalized with severe gunshot wounds, including a policeman who exchanged shots with the gunman before a second policeman killed him.

U.S. President Barack Obama said he was “deeply saddened” to learn of the shooting, adding that the country has been “enriched” by the Sikh community.

Sikhism is a monotheistic religion founded more than 500 years ago in the Punjab district of what is now India and Pakistan.

Authorities say the worldwide population of Sikhs is 20 million, with 400,000 to 1 million Sikhs in the U.S.

(People gather in Wisconsin to mourn the victims of the shooting, photo by ljlandre/flickr.com)