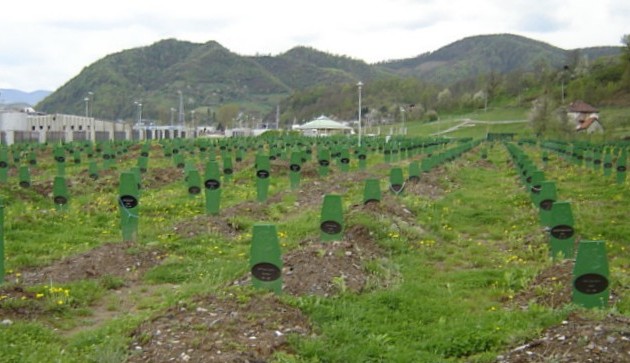 Bosnia-Herzegovina is set to mark the 17th anniversary of the Srebrenica massacre of thousands of Muslim men and boys at the hands of Bosnian Serb forces.

People from across the nation and elsewhere are gathering near the eastern Bosnian town where the central commemoration is to take place Wednesday.

​​​​The central event will be the burial of recently identified remains of 520 victims of the 1995 massacre.  Organizers expect more than 30,000 to attend.

Official delegations from many countries, including Serbia, will join survivors and victims’ families at Wednesday’s commemoration.

Some ethnic Serb residents of Srebrenica, which is located in Bosnia’s Serb Republic, reportedly plan to stay away. Munira Subasic, head of the rights group Mothers of Srebrenica and Zepa Movement, said city leaders organized a soccer match and other summer entertainment for Wednesday.  Subasic called the move offensive and provocative.

At the start of the Bosnian war in 1992, Srebrenica was a mainly Muslim town in a Serb-held part of Bosnia, and as such gained protection by the United Nations.  In July 1995, Bosnian Serb forces overran the so-called safe haven, separated women and children from men, and then systematically murdered the men in mass executions.  Mass graves were later found in the area.

It is believed that about 8,000 Muslim men and boys were killed in the bloodbath that has been labeled a genocide by both the Yugoslav war crimes tribunal and the International Court of Justice.

But Bosnian Serb leader Milorad Dodik, as well as Serbia’s new President Tomislav Nikolic, have reject the name genocide, while acknowledging the crime.

Two top Bosnian Serb wartime leaders are on trial on war crimes charges, including genocide, at a U.N. tribunal in the Hague.

International prosecutors opened their case against Bosnian Serb wartime military commander Ratko Mladic Monday, with the testimony of their first witness.  Mladic has denied charges on all 11 points, saying that he only defended his people.

Anglo-American journalist, professor and author Michael Dobbs, who covered the Bosnian conflict and peace talks for the New York Times, is attending the Mladic trial.  He writes in Foreign Policy magazine that the former general initially rejected the idea of ethnic cleansing and warned his aides that the international community would see it as genocide.

But he says that, with time, Mladic became convinced of his invincibility and by 1995, he had lost all sense of restraint.  Dobbs says that “a pile of U.N. resolutions that were never implemented, along with the fecklessness of western leaders,” convinced Mladic that he could get away with anything.