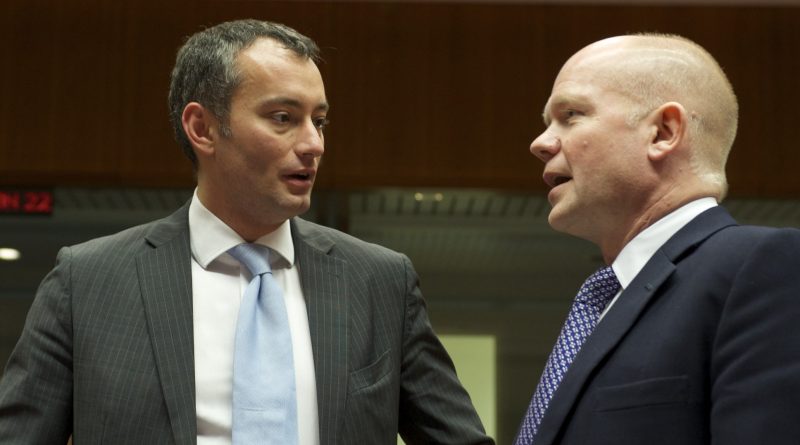 Full responsibility for the violence in Syria lies with the regime and the Syrian people are put into a position of self-defence, Bulgarian Foreign Minister Nikolai Mladenov told participants in the third Friends of the Syrian People meeting in Paris on July 6 2012 and he appealed for an increase in pressure on President Bashar al-Assad that would lead to his complete departure from power.

The Friends of the Syrian People meeting, which brought together representatives of more than 90 countries – with the US, major European and Arab League states in leading roles – saw a call for “broader and tougher” sanctions against the Syrian government.

“Any decision about the future of Syria must take into account the rights and interests of all Syrian citizens of all ethnic and faith communities – Christians, Druze, Kurds and others,” Mladenov told the meeting, according to a Foreign Ministry statement.

He dwelt on the need for unification of all Syrian opposition forces and called for more efforts and support from the international community.

On the basis of his recent visits to Lebanon and Iraq, Mladenov emphasised the importance of the countries of the region in resolving the Syrian crisis.

The Voice of America reported that US secretary of state Hillary Clinton told the Friends of the Syrian People meeting that it was “intolerable” that Russia and China continue to block a peaceful resolution of the crisis in Syria by backing Assad.

Clinton said that the United Nations should impose economic sanctions against Damascus.

She said that it is not enough for the Friends of the Syrian People to support Assad opponents when Russia and China are “holding up progress.”

“I ask you to reach out to Russia and China and to not only urge, but demand that they get off the sidelines and begin to support the legitimate aspirations of the Syrian people,” Clinton said.

“It is frankly not enough just to come to the Friends of the Syrian People because I will tell you very frankly, I don’t think Russia and China believe they are paying any price at all, nothing at all, for standing up on behalf of the Assad regime.”

UK foreign secretary William Hague said that a failure to impose sanctions and to so thoroughly would mean “you are allowing the provision to the Assad regime of the means to go on killing the Syrian people”.