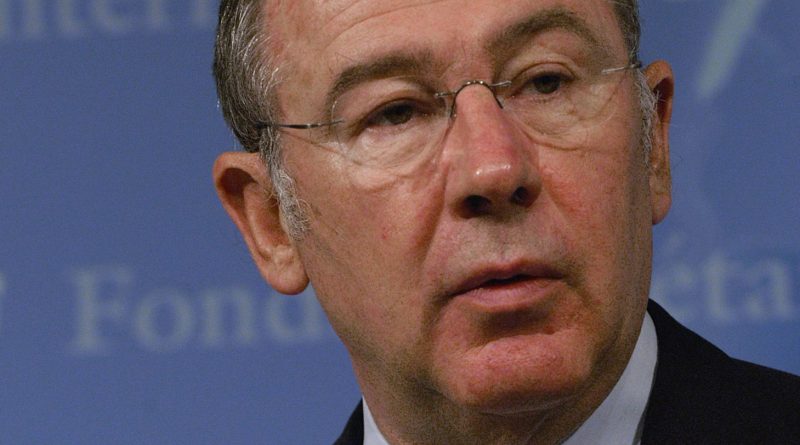 A Spanish court has launched a fraud investigation against former executives of key lender Bankia, including the one-time chief of the International Monetary Fund.

Spain’s top National Court said Wednesday it would examine fraud, embezzlement and stock price manipulation charges against 33 officials. Among them is Rodrigo Rato, the bank’s former chairman and the IMF’s managing director from 2004 to 2007.

Bankia is at the center of the Spanish banking crisis that eventually led Madrid to seek a $125 billion bailout for the country’s banking system from neighboring countries in the 17-nation euro currency bloc. Bankia’s collection of failed real estate loans and falling stock price has angered Spanish investors and forced a partial government takeover.

Bankia is seeking $24 billion of the bailout money. Rato became chairman of the bank in 2010, but was forced to resign in May as the bank’s financial difficulties became apparent.

The Spanish bank woes are part of the eurozone’s economic difficulties that show no sign of abating. A new Markit Economics survey showed that eurozone businesses retrenched further in June. For the second quarter as a whole, economic activity in the currency bloc was the weakest in three years.

Business activity in Germany, the eurozone’s most potent economic force, is also declining. Numerous European leaders have looked to Berlin to do more to help the eurozone’s economically weakest governments.

But a new survey shows that big majorities of Germans are against handing more centralized budget powers to the European Union to control the spending of individual governments or to transform the EU into a version of the United States of Europe.

Some European leaders have called for the sale of eurobonds, with the financial support of the entire group of eurozone nations, as a path for weaker governments to cut their borrowing costs. But many Germans have wearied of spending more money to rescue Greece and other debt-ridden countries, and two-thirds of those surveyed said they oppose the creation of eurobonds.