Eight out of 10 Europeans agree that European Union member states should offer protection and asylum to those in need and that rules for asylum seekers should be the same across the EU, according to a Eurobarometer survey quoted by the European Commission.

Results of the survey were released in parallel with the Commission’s 2011 report on developments in the areas of immigration and asylum.

For Europe, immigration and asylum have been top issues recently against the background of the economic crisis and the turbulence in the Middle East and North Africa, which has increased the flow of asylum-seekers and refugees.

It is an issue on which several anti-immigration parties across Europe have sought to seize, and has exposed – again – inconsistencies in policies on immigration and asylum-seekers.

At the same time, within Europe and the EU’s Schengen zone, debate on free movement has been seized on especially by those who want to resist an influx of people from poorer areas of Europe and elswewhere.

The European Commission, in a statement on the June 1 release of the annual report and the Eurobarometer survey, said a “large majority” of Europeans – 67 per cent – thought that it was important to be able to travel within the EU without internal border controls.

“The figures of the report and the result of the opinion poll support the Commission’s view that the European Union needs a strong and coherent migration policy, responding both to short term and long term needs,” European Home Affairs Commissioner Cecilia Malmström said.

“We need to effectively manage our external borders, to safeguard free movement within the EU, to provide genuine protection to those in need whilst at the same time providing channels for legal migration and mobility,” Malmström said.

The Commission highlighted a number of findings of the report and the Eurobarometer (EB) survey:

REPORT: There are about 20.2 million third-country nationals in the EU, about four per cent of the total EU population (502.5 million) and 9.4 per cent of the estimated 214 million migrants worldwide.

EB: Sixty-eight per cent of the poll thinks that legal immigrants should have the same rights as their own national citizens. Four in 10 Europeans (42 per cent) think the EU should encourage labour migration from non-EU countries to help tackle demographic challenges and labour shortages, with 46 per cent disagreeing.

EB: Fifty-three per cent of the poll thinks that immigration enriches EU countries economically and culturally. Sixty per cent of the Europeans believe immigrants may face integration difficulties because of discrimination.

EB: Eighty per cent of those polled think that EU member states should offer protection and asylum to those in need. Eight Europeans in 10 think that the number of asylum seekers should be more equally shared among EU member states.

EB: Just fewer than six in 10 respondents (57 per cent) agree that it should be easier for non-EU citizens to travel to the EU for tourism or business. The possibility to travel within the EU without internal border controls is important for 67 per cent of the respondents. 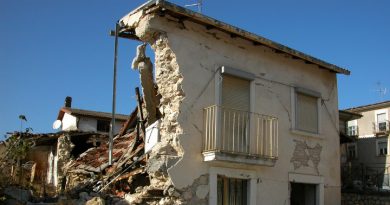