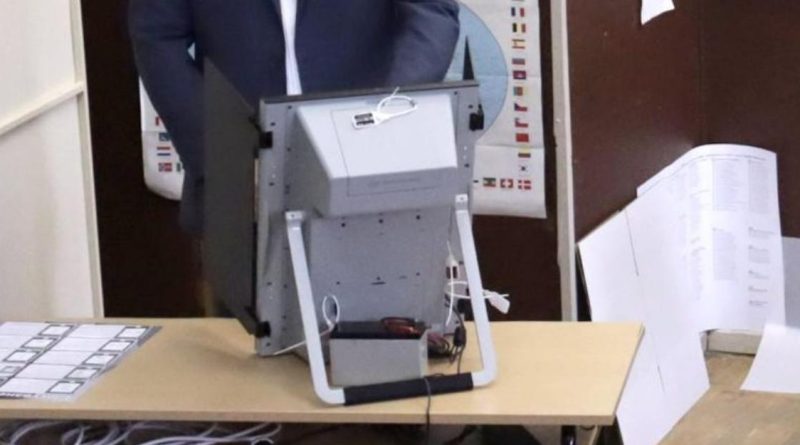 Bulgaria will hold early parliamentary elections on October 2, according to a decree signed by President Roumen Radev.

The 47th National Assembly will be dissolved as of August 2.

A caretaker government, headed by Gulub Donev, will take office on August 2.

Radev will present the tasks and priorities of the caretaker government at a ceremony at noon on Tuesday.

The steps taken by Radev follow the procedure to hand over three mandates to seek to form a government having proven fruitless.

The October 2 2022 vote will be Bulgaria’s fourth parliamentary elections in two years.

The Kiril Petkov government that took office in December 2021 was ousted in a vote of no confidence in June, with the majority to remove the government made possible by the votes of erstwhile ruling coalition partner ITN.

The CVs of the caretaker Cabinet members, made available by the presidency’s media office on August 1, are as follows:

Deputy labour minister since September 2017, serving successively in the third Boiko Borissov cabinet, the two Yanev caretaker cabinets last year and in the Kiril Petkov administration. Before that, he was deputy labour minister in the tripartite coalition of Sergei Stanishev in 2007-2009, in Plamen Oresharski’s cabinet in 2013-2014, Borissov’s second administration in 2014-2016 and the Gerdjikov caretaker cabinet in 2017. Holds a master’s degree in economics.

Radev’s adviser for economic policies since March 2022, Alexiev served as transport minister in the Gerdjikov caretaker cabinet in 2017 and the second Yanev caretaker cabinet in 2021. Previously served as chairperson of the board at Bourgas Port and the State Company for Rail Infrastructure. Holds a bachelor’s degree in political science from Paisii Hilendarski Plovdiv University and a masters degree in international economic relations from the University of National and World Economy in Sofia.

An economist with the Austrian Institute for Economic Research (WIFO) since 2017, Pekanov holds an MSc degree from University College London and is pursuing a PhD from Vienna University of Economics and Business. He has been a member of Radev’s strategy documents council since it was created in 2019 and served as deputy PM for EU funds management in the two Yanev caretaker cabinets in 2021.

Served as deputy finance minister in the Kiril Petkov cabinet. Velkova has worked in the Finance Ministry since 1993, rising to deparment head prior to her appointment as deputy finance minister in the third Borissov administration, a position she held between 2017 and 2021. Holds a masters degree in finance from the University of National and World Economy in Sofia.

Currently Bulgaria’s ambassador to France and Monaco, as well as the country’s permanent delegate to Unesco. Milkov’s previous diplomatic postings were as ambassador to Canada and Romania, as well as Bulgaria’s general consul in New York. Prior to that, he held various positions in the foreign and defense ministries. Holds a doctorate in international relations and contemporary history.

Chief secretary in Radev’s presidential administration since 2017, Stoyanov was previously chief of staff of the Bulgarian Air Force. He held several top positions in the Air Force prior to that, including as head of the Graf Ignatievo Air Force base. He is a graduate of the Georgi Benkovski Air Force Academy and G.S. Rakovski Military Academy.

Member of Parliament, elected on the ticket of the Bulgarian Socialist Party, since 2017, serving on the legal affairs committee of the National Assembly. Holds a masters degree in international law from University of Paris 1 Panthéon-Sorbonne.

Head of the Sofia chapter of the Bulgarian Medical Association, the professional association of Bulgarian doctors. Medjidiev is a graduate of the Medical University in Sofia and has worked as a bronchologist at the Pirogov emergency hospital since 2012.

Holds a degree in law from St. Kliment Ohridski Sofia University and has extensive experience in the private sector, including the development of startups and support for small and medium-sized companies. Appointed chairperson of the board at the Vazov state-owned arms company in 2021, a position he held until June 2022.

Has extensive experience in the private sector in the management of energy sector companies, with a focus on mergers and restructuring, crisis management and development. In recent years, has invested in green technologies startups. Holds a masters degree in international economic relations from the University of California.

Served as deputy agriculture minister in the two Yanev caretaker cabinets in 2021. Elected member of Parliament on the ticket of the Bulgarian Socialist Party in 2013, he left the National Assembly to take the position of deputy agriculture minister in the Plamen Oresharski administration. Holds a masters degree from Agricultural University-Plovdiv.

Deputy transport and communications minister in the second Yanev caretaker cabinet in 2021, Poulev’s career includes stops at UniCredit, the European Bank for Reconstruction and Development, Ernst & Young and General Electric. Holds a bachelor’s degree in finance from the University of Maine and an MBA from Saïd Business School, University of Oxford.

Long-time employee of the environment and waters ministry, where she has worked for more than 17 years, Karamfilova was appointed head of the environment executive agency of the ministry in April 2021. Holds masters and doctorate degrees from the University of Chemical Technology and Metallurgy in Sofia.

Member of Parliament, elected on the ticket of We Continue the Change party in 2021, and served as head of the National Assembly’s tourism committee. Tourism entrepreneur and head of the Varna Tourism Chamber in 2020-2021. Holds a masters degree in business administration and a doctorate in tourism.

Transport and communication minister in the first Yanev caretaker cabinet in 2021, Todorov also served as deputy transport minister in three other governments. He has held positions as chairperson of the board at several state companies, including Ports Infrastructure, Informatsionno Obslouzhvane and Bulgarian Posts. Holds a masters degree in law.

Sculptor and lecturer at the National Academy of Arts in Sofia, Minekov held the same portfolio in the two Yanev caretaker cabinets in 2021. He is best known as one of the “Poison Trio” organisers of anti-government protests against the government of Boiko Borissov in the summer of 2020.

Two-time Olympic silver medallist in sport shooting, Lecheva was head of the State Agency for Youth and Sports in 2005-2009. Lecheva was a member of Parliament in 2001-2005 and 2017-2021, elected on the ticket of the Bulgarian Socialist Party. Holds a doctorate in sports science from the National Sports Academy in Sofia.