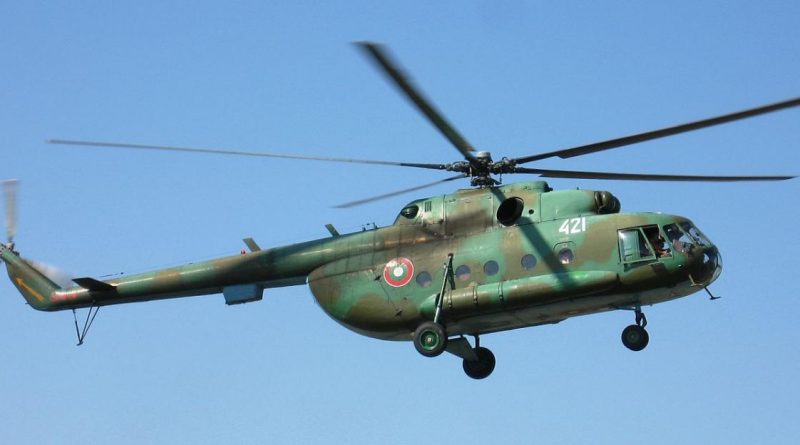 Russia has decided to suspend the validity of aircraft repair certificates previously issued to Bulgaria’s Terem-Letets and Avionams companies, as well of that of Czech enterprise Lom Praha, Russian Foreign Ministry spokesperson Maria Zakharova told a briefing in Moscow.

A transcript of Zakharova’s July 14 briefing posted on the Russian Foreign Ministry website quoted her as saying: “According to available information, a number of Nato and EU countries continue to supply weapons and military equipment to the Kyiv regime, and also plan to organise their repair at the industrial facilities of Eastern Europe”.

The suspension of the certificates was in response to this, Zakharova said.

“Thus, the provision of services for design and technical support of major overhauls of Mi helicopters, subscription services for sets of operational and repair documentation, as well as the supply of spare parts and components are terminated. These enterprises are deprived of the right to carry out work related to the maintenance and repair of Russian-made helicopter equipment,” she said.

“In this regard, the Russian side disclaims responsibility for the safe operation of helicopters repaired at these enterprises,” Zakharova told the July 14 briefing.

Bulgarian National Television reported Avionams’s management as saying that Russia’s decision was not unexpected, but they did not know how it would affect their work.

“It turns out that until today, before they announced this thing, we were repairing safely, and from tomorrow it becomes dangerous,” Avionams executive director Yordan Novakov said.

Dragomir Zakov, Defence Minister in Bulgaria’s outgoing government, said that the Russian decision was not a surprise.

He said that the Moscow’s decision regarding the repair and maintenance of the helicopters would not seriously affect Bulgaria’s military.

“We don’t have that many, so it’s unlikely to be a big blow to our defence capability. On the other hand, we have a need to support what we have. But we will look to do it where we can and how we can,” Zakov said.

Russia’s decision would not prevent Bulgaria from repairing Ukrainian military equipment, he said.