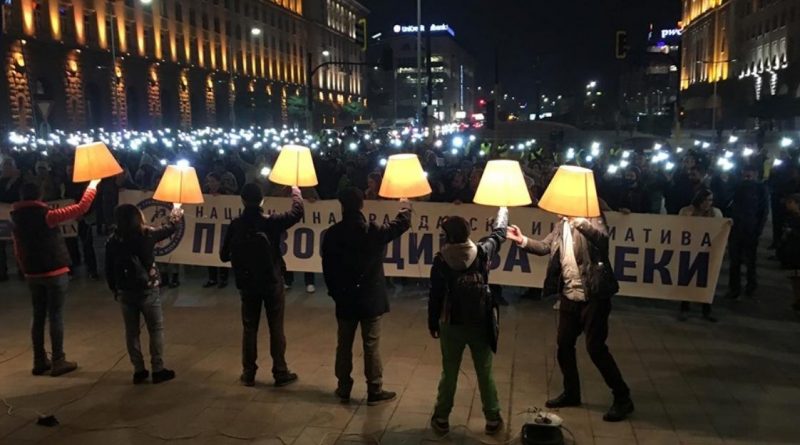 Bulgaria’s capital city Sofia is set to see a series of large-scale protests in the week in which Prime Minister Kiril Petkov’s government faces a parliamentary vote of no confidence.

Following on the spontaneous protest outside Parliament on June 16 after opposition parties grouped to vote out Nikola Minchev as Speaker of the National Assembly, there will be protests in support of the Petkov government on June 20, 21 and 22, starting at 6.30pm in National Assembly Square.

Debate on the vote of no confidence is to be held in Parliament on June 21, with voting no earlier than 24 hours after debate concludes.

Organisers of the pro-government protests said that Bulgaria was in crisis – political, economic and even one of identity.

A battle was being fought with mafia, scandals in power had become commonplace and last but not least, an insane war was raging in Europe, they said.

“Bulgaria today is at a crossroads and it depends on us which way we will take,” the organisers said.

“We will choose democracy or authoritarianism, freedom or obedience, courage or fear. We want to live in a state governed by the rule of law. We want the fight against corruption to continue. We want transparency, political and economic independence.

“We want a decent future as part of Europe,” they said, saying that they did not want new elections, and did not want GERB and the Movement for Rights and Freedoms in power.

The Justice for All initiative is holding a protest on June 20 at 6pm outside the Presidency building in central Sofia, themed “March for European Bulgaria – in defence of parliamentarism and democracy”.

“A decisive week is ahead for the future of Bulgaria, for law, democracy and parliamentarism,” Justice for All said on Facebook.

“This week will address several important issues. Not just whether change will continue, but whether there will be a decisive battle with the corruption and the oligarchy that wants to regain control of the state, whether judicial reform will continue and whether there will be the rule of law, whether we will have our true perspective in Europe,” the organisation said.

It said that if the legislature was dissolved for elections, there would be no Parliament to elect new members of the Supreme Judicial Council to decide the fate of Prosecutor-General Ivan Geshev, and judicial reform in Bulgaria would be stalled.

Elsewhere in the political spectrum, Kostadin Kostadinov, the leader of Parliament’s smallest party, the pro-Kremlin Vuzrazhdane, issued a call on Facebook to his supporters to protest outside Parliament on June 21 at 5pm.

Kostadinov, whose party backs the no-confidence motion tabled by GERB, said: “It is time for the agony of this government and this Parliament to end.

“On Tuesday at 5pm I call on all Bulgarians to come out with us before the National Assembly to make it clear that Bulgaria belongs to us, the Bulgarians, not to foreign agents and national traitors,” Kostadinov said.

Radostin Vassilev, the Minister of Sport who quit Slavi Trifonov’s ITN party after Trifonov announced that ITN was leaving the ruling coalition, alleged that the party’s parliamentary leader Toshko Yordanov was planning an illegal protest in front of the ministry on June 22 at 5pm, to call for those MPs who had left ITN to resign from Parliament.