Relatively high temperatures are forecast for Bulgaria’s five-day long weekend that begins with the Orthodox Easter Friday on April 30.

May 1, Labour Day, falling on a Saturday adds a special public holiday on Tuesday May 4, the day after the Orthodox Easter Monday holiday. May 6, Bulgaria’s St George’s Day, follows on Thursday.

That means that the only two official working days are May 5 and 7, likely to be temptation to many to take leave to create a 10-day break.

On Bulgaria’s Black Sea coast, Varna and Bourgas are forecast to see maximum temperatures in the low 20s degrees Celsius in the first four days of the weekend, with partly cloudy weather.

The city of Plovdiv is set for maximum temperatures of 28 degrees Celsius on Friday, rising to 30 degrees on May 1 and 31 degrees on May 2 and 3. Rain is not forecast for these days and skies will be partly cloudy.

Capital city Sofia is set for a maximum high of 25 degrees on Friday, with rain, rising to 27 degrees on Saturday and Sunday, with partly cloudy weather, then dropping slightly to 23 degrees on Monday.

Useful for anyone staying in the capital, with Bulgaria’s Traffic Police reporting on the eve of the long weekend that traffic at the exit of Sofia in the direction of Trakiya Motorway – which leads to Plovdiv and on to the southern Black Sea coast – was much heavier than usual.

Traffic Police said that they would be monitoring major motorways and other key roads for breaches of road rules, including speeding and drink-driving. 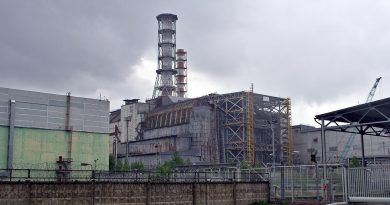