Of this sum, 46 million leva will be used to buy Remdesivir to treat Covid-19 patients in hospitals, with the statement saying that this would be sufficient for supplies up to September inclusive.

The remaining 50 million leva is a transfer to the National Health Insurance Fund, to pay additional remuneration of 1000 leva to those working on the front line against Covid-19, as well as for paying for the administration of vaccines.

The statement quoted Borissov as saying that there was a further 10 million leva left over from previous periods and this sum also would be directed to support those working on the front line.

He said that since the beginning of the pandemic, close to 90 million leva had been provided to buy almost 100 000 doses of Remdesivir.

The funds provided for medical and non-medical staff on the front line amounted to 370 million leva, Borissov said.

He said so far during the pandemic, the government had provided support to the private sector of close to two billion leva through the Economy Ministry and Labour and Social Policy Ministry.

The disbursement of anti-crisis funds would continue in April and May, Borissov said.

The National Revenue Agency had paid more than 75 million leva to close to 7000 companies in sectors that were closed down because of the pandemic, he said.

According to Luchezar Borissov, of the funds paid by the National Revenue Agency, 70 per cent – more than 50 million leva – had reached the restaurant industry.

The Economy Minister said that, as regards payroll support, more than 968 million leva had been paid out under the 60:40 mechanism, enabling more than 300 000 jobs to be kept. The 60:40 mechanism is being kept in place until the end of May 2021.

Close to 150 million leva has been provided under the 80:20 payroll support measure, which according to Luchezar Borissov had made it possible for nearly 30 000 jobs in the hotel and restaurant, transport and tourism sectors to be kept.

“Through the Bulgarian Development Bank, we are also supporting individuals through interest-free loans,” he said.

So far, 37 700 people had received this type of assistance, as well as 1300 small and medium-sized enterprises, Luchezar Borissov said.

The total intervention via the Bulgarian Development Bank added up to 360 million leva, he said. 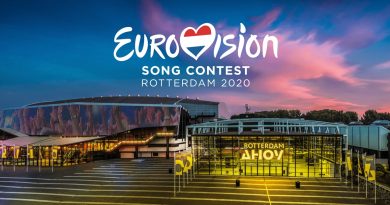 Bulgaria to participate in Eurovision song contest in Rotterdam in 2020