There are long queues and waiting times for PCR tests at private accredited laboratories in Bulgaria, a result of requirements for entry to Austria and Greece and of the rising number of new coronavirus cases in the country.

Some private laboratories in Sofia have extended their opening hours, reports said.

In some cases, people will have to wait 21 days before being able to undergo a PCR test.

Austria last week raised Bulgaria’s risk level, requiring all arrivals to quarantine for 14 days unless they present a negative PCR test taken no more than four days before travelling to Austria.

As of July 15, holidaymakers travelling to Greece by land will have to show proof of a negative molecular test result (PCR) for Covid-19, performed up to 72 hours prior to entering Greece.

A report by Bulgarian National Television quoted one of the women waiting in a queue for a PCR test as saying that she was complying with the Greek requirement because she preferred to spend her summer holiday there rather than in Bulgaria. The owner of the hotel in Greece where her family will be staying had given them a discount on the price for one night because of the PCR test requirement.

Greek media reports said that there had been attempts to present fake PCR tests at the Bulgarian-Greek border. The reports quoted Greek authorities as saying that they had received reports that negative tests were being offered for a price of 40 euro.

The Greek media reports said that 12 000 people crossed the Bulgarian-Greek border at Kulata-Promachonas on July 13 alone.

Bulgarian National Radio said on the morning of July 15 that car traffic at the Kulata-Promachonas border checkpoint was light, with no serious queues. 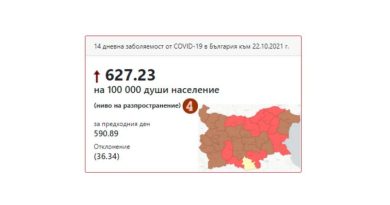