Bulgaria’s Finance Ministry said on June 30 that the consolidated Budget surplus for the first five months of 2020 was 1.31 billion leva, exceeding the ministry’s forecast of 1.28 billion leva issued last month.

This was a significant drop compared to the same period of last year, when the country recorded a surplus of three billion leva. The ministry said that the Covid-19 pandemic impacted the revenue side of the Budget both due to the lockdown measures imposed in March to slow down the spread of the disease, but also due to extended deadlines for corporate and income tax payments.

The ministry said that it expected the negative trend to continue in the coming months, forecasting a cumulative Budget surplus of 1.56 billion leva for the first half of 2020, less than half the surplus recorded in the same period of last year.

The state Budget had a surplus of 825.7 million leva and the EU funds surplus was 487.6 million leva at the end of May. Bulgaria’s contribution to the EU budget for the first five months of 2020 was 615.3 million leva.

Budget spending was up to 16.32 billion leva in the first five months of the year, compared to 15.69 billion leva in the same period of 2019. Mainly, that was due to higher pension and health insurance payments resulting from the pension hikes in 2019 and increased wages in the public sector, as well as a higher contribution to the EU budget, the ministry said. 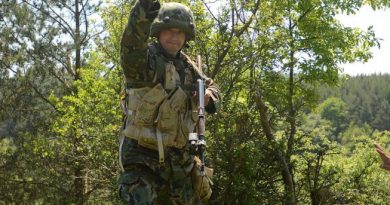