Bulgaria’s Health Minister Kiril Ananiev issued on March 26 an order extending the duration of all anti-epidemic measures until April 12 inclusive, the ministry said on its website.

April 13 is the current date for the end of the State of Emergency voted by the National Assembly on March 13.

In shopping malls, payment service providers will be allowed to open, only in strict compliance with sanitary and hygiene requirements, including disinfection, ventilation and coaching for personal hygiene of staff, provision of personal protective equipment and prevention of employees working if they show signs of acute contagious diseases.

At a briefing on the morning of March 26, crisis staff chief Major-General Ventsislav Mutafchiyski said that the number of confirmed cases of Covid-19 in Bulgaria was now 243.

Mutafchiyski said that the crisis staff had recommended that everyone arriving in Bulgaria from abroad be placed under 14-day quarantine. This should also apply to foreigners, who should declare where they would spend the 14 days.

All Bulgarians entering Greece must have a document in Greek certifying that they are employed in the country or own real estate there. The requirement does not apply to lorry drivers.

Separately, Svetlana Tseneva, head of the Bulgarian Identity Documents Directorate, told a briefing shown live on television that while the validity of identification documents and driving licences that had expired had been extended by six months, this applied only within Bulgaria.

The service for issuing personal documents will continue working so that people may apply for new documents before the end of the six-month term. Tseneva said that there had been a sharp decline in applications for new documents in the past week.

Migration Directorate head Nikolai Nikolov said that the term for otherwise expired documents for permanent and long-term resident non-EU citizens and EU nationals in Bulgaria also had been extended by six months.

Foreign nationals who should leave the country because of the end of their three-month term of stay may apply to the Migration Directorate for permission for the deadline to be extended, Nikolov said. 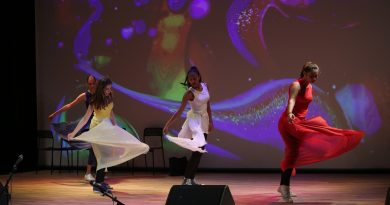