Two further cases of Covid-19 new coronavirus have been confirmed in Bulgaria, Prime Minister Boiko Borissov said on the evening of March 10.

The cases bring the total in Bulgaria to six, after the announcement on March 8 of four confirmed cases – two in Pleven and two in Gabrovo.

One patient is a 66-year-old woman and the other is a 77-year-old man. Both are in Pirogov emergency hospital in Bulgaria’s capital city Sofia.

The two were admitted to hospital on March 9.

“The virus is spreading across Europe, literally flying in the air, masks do not catch it and the only thing we can do is try to limit it,” Borissov said.

He said that doctors advised people to keep their distance from each other, avoid contacts and unnecessary travel.

Borissov took part in an evening videoconference with other European Union leaders. He said that it was expected that about 60 to 70 per cent of people living in Europe were expected to contract the virus.

The Bulgarian Prime Minister complained of a lack of solidarity and that large companies from which protective equipment was sought say “we cannot deliver, or we are banned from delivering them”.

Bulgaria’s government has commissioned two of the country’s companies to manufacture large quantities of protective, waterproof clothing for medical staff. The design for the clothing is undergoing specialist examination.

Major-General Ventsislav Mutafchiyski, head of Bulgaria’s crisis staff against coronavirus, said that the two patients were man and wife. The husband had come in the previous day with exacerbated respiratory failure and his wife had come in in serious condition. Both required treatment at Pirogov.

It had been established that 89 people had been in contact with the couple. The procedure to examine and quarantine them was underway, Mutafchiyski said. 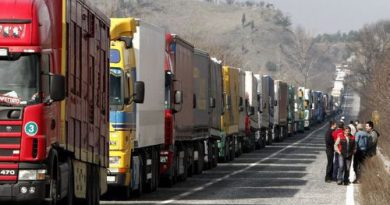