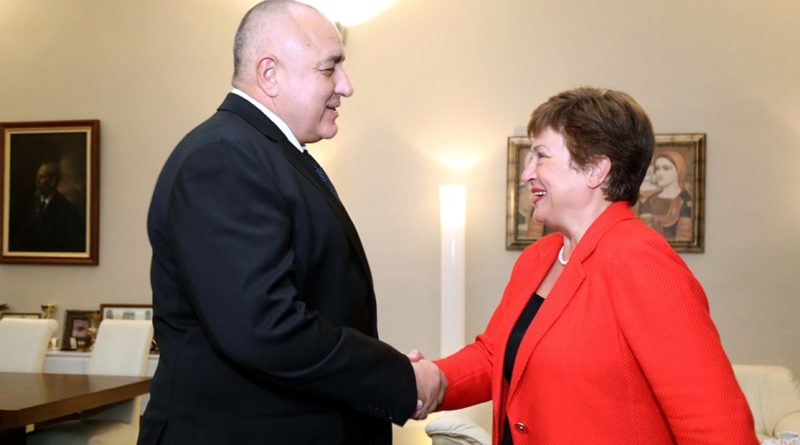 The main emphasis in the talks was the cooperation between Bulgaria and the IMF and the opportunities to develop it in view of Georgieva’s priorities as head of the IMF, the statement said.

The statement said that Borissov emphasised the prudent fiscal policy that Bulgaria was pursuing and which was recognised by international credit agencies.

He said that the Bulgarian economy was continuing to develop steadily, without accumulating macroeconomic imbalances and that Bulgaria had made steady progress towards joining ERM II (t exchange rate mechanism, sometimes referred to as the euro zone’s “waiting room.”)

Georgieva congratulated the government on the achievements in the field of fiscal policy and noted that it was a good incentive for the implementation of the government’s policies.

The meeting also discussed the challenges of global economic development. Borissov and Georgieva agreed that securing stronger and more sustainable growth should continue to be a guiding principle in global economic policies.

Borissov said that the election of Georgieva in September 2019 to head the IMF last September was a great achievement for Bulgaria. He wished Georgieva success in her responsible position, expressing confidence that her professional successes in the development of the IMF would have a positive impact on Bulgaria’s international reputation, the statement said.