Bulgaria produced 20 billion cigarettes in 2017, making it the sixth-largest producer of cigarettes in the European Union that year, EU statistics agency Eurostat said.

Bulgaria’s production accounted for four per cent of the cigarettes made in the EU in 2017.

The EU’s production of cigarettes in 2017 was equivalent to more than 950 cigarettes per EU inhabitant. 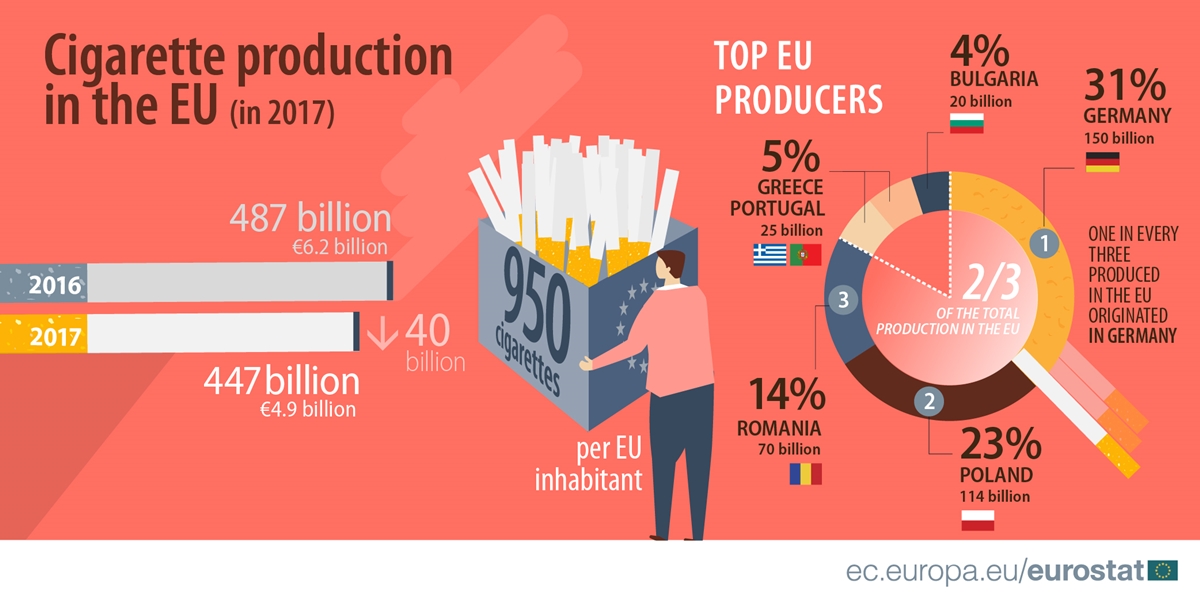 Poland ranked second (114 billion cigarettes produced in 2017, or 23 per cent of the EU total) and Romania third (70 billion, 14 per cent). These three EU countries accounted more than two-thirds of the total production of cigarettes in the EU.

They were followed by Greece and Portugal (both producing 25 billion cigarettes, five per cent of the EU total) and Bulgaria (20 billion, four per cent), Eurostat said.