The report covers a sample of 115 places, including hotels, holiday homes and training facilities. It is intended to put forward ways to improve the strategy for such places and their management.

The World Bank reports lists several “challenges”, including that on the strategic level, there is no comprehensive state policy or vision for the management of such places.

The facilities generate large losses for the state budget, the report points out. Summing up regarding the 115 places covered by the report, the estimate is that in 2016, each lost an average of 230 000 leva, adding up to 22 million leva. More than eight out of 10 of the properties ran at a loss.

In fact, however, the real cost of providing the service remains hidden because the Bulgarian government declares only the operating costs of the site, an article by the Institute of Market Economics on the report said.

The lowest reported prices were for accommodation at the hotel of the Ministry of Regional Development and Public Works, a mere five leva per person per night, and at Interior Ministry facilities, where the average price was 7.5 leva a person.

The report said that because these places operate at tariffs below market levels, they represent a competitive challenge for private tourist accommodation facilities.

It also noted that as the facilities are run by separate ministries, civil servants do not have equal accces to them.

Managers are not encourage to generate additional revenue, as all revenue collected is transferred directly to the treasury account.

The report also points out a further problem. Because of budget constraints, the facilities are opened for shorter periods than privately-owned ones. This led to inefficient use of the properties and to lost profits.

Further, the report said that some of the state-owned accommodation facilities were operating without valid categorisation certificates, and some were not categorised at all.

Only a third collected and analysed customer satisfaction date, but two-thirds believed that such information would be useful.

The study noted that many of the places were accessible to outside visitors, meaning guests who were not employees of the institution owning the hotel, who paid from 15 to 100 per cent above the standard rate for employees.

However, although the prices paid by external visitors are higher, they are lower than market prices and do not cover the usual costs of operating the sites.

Administrations did not require staff to use their own sites for meetings, seminars or conferences, so they spent additional money renting private venues, such as hotels or conference centres, even though they owned their own premises.

The report also contains a number of recommendations for improving property management, such as developing a management strategy, centralising management, and so on.

Ultimately, however, the main conclusion is that the state should gradually withdraw from the maintenance and management of departmental recreational facilities.

The report referred to international best practice, noting that common practice is for the management of government sites in the context of public-private agreements such as outsourcing, concession or leasing contracts that enable public sector benefits to be achieved through know-how from the private sector.

“The management of tourist accommodation is not a typical government function. The government should focus on providing basic public services instead of competing with the private sector to provide something that is in essence a private commodity, ” the report said. 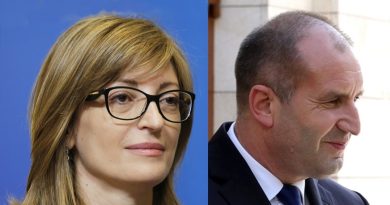