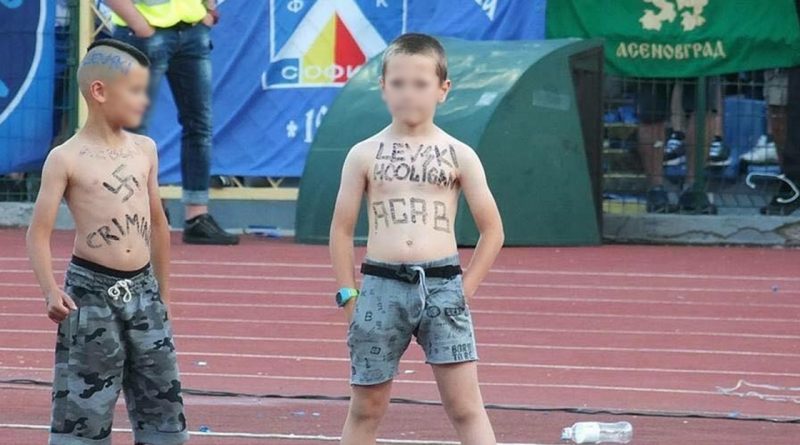 The World Jewish Congress has strongly condemned the “disturbing and provocative” photographs that emerged last week in Bulgaria showing two boys at the Bulgarian Cup football finals with neo-Nazi symbols scrawled across their chests.

“The World Jewish Congress stands with the Organisation of Jews in Bulgaria, Shalom, in categorically condemning the disgusting and cynical exploitation of children to spread messages of hate and intolerance,” said WJC CEO Robert Singer.

“Bulgaria has made enormous and welcome strides in recent years to fight anti-Semitism and has shown strong support and friendship for the Jewish community. We deeply appreciate the efforts being made by National Coordinator against Anti-Semitism Minister Georg Georgiev to this effect, and trust that he will continue to make it expressly clear that such manifestations of incitement will not be tolerated.”

“It is disturbing and provocative incidents like these that demonstrate the critical need to raise awareness of the ongoing reality of anti-Semitism in sports,” Singer said.

“As we have seen far too often, what starts on the football pitch can quickly escalate to dangerous levels of hatred and violence. These trends are precisely the reason that the World Jewish Congress has partnered with Chelsea Football Club to combat the widespread phenomenon of anti-Semitism in sports. We will not rest until a zero-tolerance approach to anti-Semitism and all other bigotries is taken across the field.”