Media reports about a crime group using OneCoin are “untrue and misleading to the public,” the OneCoin company said in a January 23 statement, four days after Bulgaria’s Special Prosecutor’s Office said that it was involved in an international operation to neutralise a large-scale pyramid structure involving commercial fraud, multi-level marking and money laundering through the creation and distribution of OneCoin.

“The OneCoin company believes that all the above media allegations are the result of a well organized, purposeful campaign, aiming to damage our corporate reputation and destroy our business,” the statement said.

The company had never been involved in criminal or illegal activities in any country or territory of operations, including in the Republic of Bulgaria, according to the statement.

The statement said that the reports were “a deliberate attack against the OneCoin company, its partners and the OneCoin cryptocurrency, as well as its founder, Dr Ruja Ignatova.

“What we currently observe is a calculated media storm, aiming to harm the reputation of the company and its Founder, aiming to hide important characteristics of the OneCoin cryptocurrency, so that it is presented in a completely different way than it objectively should be.”

According to the statement, OneCoin was a “a centralized cryptocurrency, thus providing higher liquidity and less volatility with a long-term vision and strategy for a stable development, unlike other cryptocurrencies that open and allow possible speculation from traders”.

The statement said that “as far as we know, it is not possible” for OneCoin to be used for illegal activities.

“Currently, because of the ongoing investigation, the OneCoin company and its partners are facing immeasurable financial loses (sic),” the statement said.

“From the offices of our partners was, among other things, confiscated technical equipment that is necessary for their daily operations and its loss will not only lead to financial harm but could very well lead to bankruptcy. This fact is also puzzling and makes us believe that this is not a random coincidence.”

“It is important to clarify that based on the feedback we received from our lawyers, there is still an ongoing investigation, which in all democratic countries means one thing – there is no conclusion made by judicial authority, based on evidence and objectively indicating a ground to make accusations either against a company or against a natural person. During the search of our and our partnering companies’ offices on Wednesday, January 17, 2018, the employees enquired after the charges, the reason for the search and the interviews by officials. So far such information was not provided.”

“In order to protect the rights of our employees, clients and partners, the OneCoin company and its partners will inform media representatives and the public of the developments, related to this case,” the statement said. 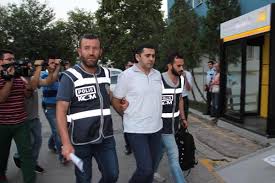 Controversy continues over Bulgaria’s deportation of Büyük to Turkey