IT companies removed on average 70 per cent of illegal hate speech about which they were notified, the European Commisssion said on January 19.

The Commission was reporting the outcome of the third evaluation of the Code of Conduct on countering illegal online hate speech carried out by NGOs and public bodies. The monitoring covers responses to notifications about hate speech posted online in Europe.

The third monitoring round shows that the companies are now increasingly fulfilling their commitment to remove the majority of illegal hate speech within 24 hours.

“However, some further challenges still remain, in particular the lack of systematic feedback to users,” the Commission said.

Google+ said on January 19 that it was joining the Code of Conduct, and Facebook confirmed that Instagram would also do so, thus further expanding the numbers of actors covered by it.

“I strongly encourage IT companies to improve transparency and feedback to users, in line with the guidance we published last year. It is also important that safeguards are in place to avoid over-removal and protect fundamental rights such as freedom of speech,” Ansip said.

Vĕra Jourová, EU Commissioner for Justice, Consumers and Gender Equality, said:” The internet must be a safe place, free from illegal hate speech, free from xenophobic and racist content.

“The Code of Conduct is now proving to be a valuable tool to tackle illegal content quickly and efficiently. This shows that where there is a strong collaboration between technology companies, civil society and policy makers we can get results, and at the same time, preserve freedom of speech,” Jourová said.

“I expect IT companies to show similar determination when working on other important issues, such as the fight with terrorism, or unfavourable terms and conditions for their users,” she said.

Since its adoption in May 2016, the Code of Conduct has delivered steady progress in the removal of notified illegal content, the EC said.

On average,IT companies removed 70 per cent of all the illegal hate speech notified to them by the NGOs and public bodies participating in the evaluation. This rate has steadily increased from 28 per cent in the first monitoring round in 2016 and 59 per cent in the second monitoring exercise in May 2017.

Today, all participating IT companies fully meet the target of reviewing the majority of notifications within 24 hours, reaching an average of more than 81 per cent, the EC said.

This figure has doubled compared to the first monitoring round and increased from 51 per cent of notifications assessed within 24 hours registered in the previous monitoring round.

The European Commission said that while the main commitments in the Code of Conduct have been fulfilled, further improvements need to be achieved.

The Code of Conduct complements legislation fighting racism and xenophobia which requires authors of illegal hate speech offences – whether online or offline – to be effectively prosecuted.

“On average one in five cases reported to companies were also reported by NGOs to the police or prosecutors. This figure has more than doubled since the last monitoring report. Such cases need to be promptly investigated by the police.”

The Commission has provided a network for cooperation and for the exchange of good practices for national authorities, civil society and companies, as well as targeted financial support and operational guidance.

About two third of EU countries now have in place a national contact point responsible for online hate speech. A dedicated dialogue between competent member state authorities and IT companies is envisaged for spring 2018, the Commission said.

The Commission said that it would continue to monitor regularly the implementation of the Code by the participating IT companies with the help of civil society organisations and aims at widening it to further online platforms.

“The Commission will consider additional measures if efforts are not pursued or slow down,” the EC said. 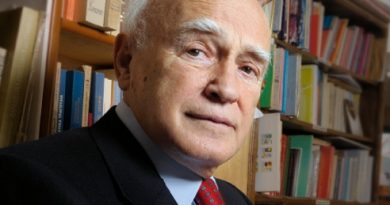