The European Commission said on September 27 that it was calling on the European Council “to take the decision fully integrating Bulgaria and Romania into the Schengen area, with Croatia becoming a full member once all the criteria are met”.

The Commission made the announcement in a statement on what it called measures to “preserve and strengthen” the EU’s Schengen visa zone.

For EU countires to confront threats in a united way, standing together in a stronger Schengen area, “it is now high time that Bulgaria and Romania become full Schengen members,” the Commission said.

The Council should take the decision to approve their Schengen accession and lift controls at the internal borders between these two member states and their EU neighbours, it said.

“Bulgaria and Romania have demonstrated their capacity to defend the EU’s external borders, and should therefore become members of our internal border-free zone,” the Commission said.

It said that its announcements were a follow-on to statements in a letter of intent on September 13 by European Commission President Jean-Claude Juncker. In his State of the Union address to the European Parliament, Juncker called for the admission of Bulgaria and Romania to Schengen.

The Commission said that it was proposing to update the Schengen Borders Code to adapt the rules for the reintroduction of temporary internal border controls to the current needs to respond to evolving and persistent serious threats to public policy or internal security.

Stronger procedural safeguards are also being introduced to ensure that border controls at internal borders remain an exception – a measure of last resort – and are used only if necessary and proportionate, limiting the impact on free movement.

The Commission also published a Communication on the measures already taken to respond to security challenges at the external borders and within the Schengen area, and a Recommendation to member states on how to better apply, if needed, the current rules on temporary border controls.

According to European Commission First Vice-President Frans Timmermans, “The Schengen Border Code rules for reintroducing internal border controls were devised in a different time, with different challenges. The exceptional circumstances that we see now, such as the increased terrorist threat, have led us to propose a Schengen Border Code more fit for purpose in this new day and age.

“Member states should be allowed to act in an exceptional situation when confronted with serious threats to their public policy or internal security. At the same time, they should act only under strict conditions. This is how we secure free movement and promote security within Schengen,” Timmermans said.

European Commissioner for Migration, Home Affairs and Citizenship Dimitris Avramopoulos said: “Schengen is one of the major achievements of European integration and we are fully committed to safeguard, preserve and strengthen it. The absence of internal border control constitutes the very essence of Schengen.

“But in a common area without border controls, security concerns are common too. This is why we must do everything to preserve the careful balance between free movement and mobility on the one hand, and security on the other. And we can only achieve this through a coordinated and united Schengen framework, which should include Romania and Bulgaria too.”

Commissioner for the Security Union Julian King said: “EU member states should be able to take steps to reinforce their security – in exceptional circumstances, and in a framework that respects the huge importance and benefits of the Schengen zone.”

Over the past years, the Commission has taken a number of steps to increase security within the Schengen area and to enhance the management of its external borders, the statement said.

The Schengen Borders Code has been amended on several previous occasions to ensure that it remains fit for purpose. Member states have used the Schengen rules to introduce temporary controls within the foreseen time limits and conditions, respecting and safeguarding the wider functioning of the Schengen system.

“The tools in place have served Europe well until now, but faced with new security challenges, the Schengen Borders Code needs to be updated to prolong the time limits for internal border controls, coupled with stronger safeguards.”

The Commission said that it September 27 proposals would update the rules, while making sure they are used more effectively and only in exceptional situations as a measure of last resort when necessary and proportionate.

The reinforced rules also tighten the duty to co-operate with neighbouring member states, in particular, to minimise impact on free movement.

The Commission said that while the current rules on the temporary reintroduction of internal border controls have proven sufficient in the vast majority of cases, “the time limits foreseen in the legislation may not always be sufficient when member states face evolving serious threats to public order or internal security.

“The Commission is therefore proposing to adjust the applicable time limits under Articles 25 and 27 of the Schengen Borders Code to up to one year (instead of six months), while at the same time introducing stricter procedural safeguards, including the obligation for member states to assess if alternative measures could address the identified threat more efficiently and the submission of a detailed risk assessment.”

In terms of the September 27 proposals, EU countries will also be able to exceptionally prolong controls if the same threat persists beyond one year and when commensurate exceptional national measures within the territory, such as a state of emergency, have also been taken to address this threat.

Such prolongation would require a Recommendation of the Council, which would need to take into account the opinion given by the Commission, and would be strictly limited to six month periods with the possibility to prolong no more than three times up to a maximum period of two years.

Pending the adoption of these legislative amendments, the Commission said that it was also issuing guidance to member states on the better application of the existing Schengen rules, in the form of a Recommendation.

“Member states are reminded that the introduction of temporary internal border controls must remain an exceptional measure of last resort, the impact on free movement should be limited and that alternative measures, such as police checks and cross-border cooperation, should be prioritised.

“Member states must regularly evaluate any temporary controls, inform and co-operate with other concerned member states, and refrain from any unjustified measures.” 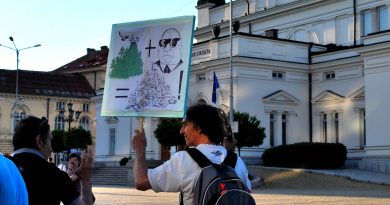 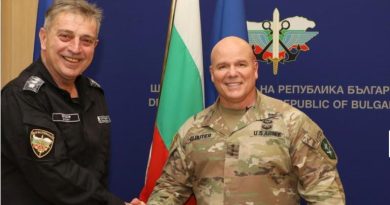