Revenue in January-July was 20.48 billion leva, slightly lower than the 20.55 billion leva recorded during the same period of last year.

The Finance Ministry said that tax and non-tax revenue was up by 6.7 per cent, but the overall decline was due to the lower amount of aid received by the budget, mainly as a consequence of the high amount of EU funds disbursed in the early months of 2016 – as Bulgaria sped up efforts to maximise its allocation of EU funds from the previous budgeting period – which set a high baseline for this year.

Tax revenues were up by eight per cent compared to the first seven months of last year, at 17 billion leva.

Budget spending was 18.51 billion leva in January-July, up from 17.27 billion leva in the same period of 2016. In part, that was due to higher pension and health insurance payments resulting from the pension hike in July 2016, the ministry said. 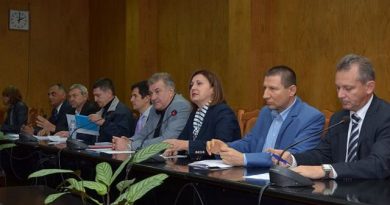 Hundreds of arrests in Bulgarian operation against people-trafficking, illegal migration and electoral abuses