Against a background of recent tensions between Bulgarian Prime Minister Boiko Borissov’s GERB party and President Roumen Radev, the heads of government and state sat down on July 3 for talks, claiming unity on key issues.

Initiated by the Prime Minister, the talks between Borissov and Radev were held at the President’s office.

A particular source of tension has been the continuing squabble over the process of choosing a new fighter jet for the Bulgarian Air Force.

GERB parliamentary leader Tsvetan Tsvetanov has accused Radev of interfering in the process and at the initiative of Borissov’s party, a multi-party parliamentary committee has been set up to investigate the process.

While hitting out at Radev, Tsvetanov has denied that the formation of the committee is directed against the President. Radev last week asked for clarity on whether Borissov backed his deputy’s statements and criticised what he called the “good cop/bad cop” approach of the majority partner in government.

Accompanied by photographs of Borissov and Radev smiling and shaking hands, a statement after the meeting said that the two had agreed that “state institutions need to work together on issues that are important for Bulgarian society”.

Having revealed this epiphany, the statement noted that Radev and Borissov had discussed a number of issues related to the strengthening of the security sector, judicial reform, armed forces modernisation projects and the positions of Bulgaria in the international arena.

The statement said that the Radev-Borissov July 3 meeting had “highlighted the importance” of the decisions taken at the May 30 meeting of the Consultative Council on National Security, to improve the motivation of the employees in the security sector and to accelerate the implementation of the modernisation projects of the armed forces.

Notably, that May 30 meeting too had seen Radev and Borissov claim unity on issues of the military modernisation, including the fighter jets. Subsequent weeks saw that unity be less apparent, including as Borissov and figures within the coalition government sent mixed signals about the process of the fighter jet acquisition.

The statement said that Radev had emphasised at the July 3 talks defended the clearly regulated process of modernization of the armed forces and the military expertise provided in the process.

Radev’s position was that it is important that the process of modernisation of the Bulgarian military does not come to a halt, the statement said.

Further, Radev and Borissov agreed that Bulgaria “needs an effective fight against corruption to meet the expectations of Bulgarian citizens for justice”.

Borissov “highly praised” Radev’s call for the creation of a single body to fight high-level corruption.

This was a significant note in the statement, given that Radev’s call has been something of a political football between GERB and the opposition Bulgarian Socialist Party. Further still, in response to Tsvetanov’s attacks on him, Radev had said that some people got nervous when there was talk of an effective fight against corruption.

It was generally considered that the assertion of Bulgaria’s international positions requires agreement and joint action by all the institutions, the statement said.

It went on to say that Borissov had briefed the President on the results of his recent visits to France, Germany and Croatia, and Radev had spoken of his visits to countries in South Eastern Europe and his upcoming visits to Montenegro and to Italy.

Covid-19 in Bulgaria: Omicron variant found in all 218 samples – NCIPD 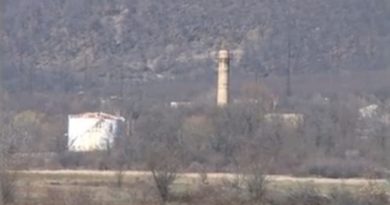