The fact that there will not be voting machines at all polling stations in Bulgaria’s March 26 2017 early parliamentary elections could open the way for a challenge in the Constitutional Court challenge – but there is no certainty that such a challenge would succeed.

This emerges from the view taken by some members of the Central Election Commission (CEC) and specialists in Bulgarian constitutional law.

The CEC decided on February 25 not to accept the sole bid to supply the machines, saying that the bidder did not meet the technical and timeframe criteria to supply the 12 500 machines needed to comply with a Supreme Administrative Court ruling handed down on February 1.

The court ruled that to comply with an amendment to electoral law approved in 2015, there should be voting machines at all polling stations, in Bulgaria and abroad, as an alternative to using a ballot paper.

CEC spokesperson Alexaner Andreev said, however, that the absence of a voting machine would not prevent Bulgarians from exercising their right to vote.

Professor Plamen Kirov, formerly a Constitutional Court judge and a professor of constitutional law, told public broadcaster Bulgarian National Television said that while one of the options, machine voting, was out, citizens could use ballot papers to exercise their basic political right to vote.

Kirov said that a principle of constitutional law meant that where there were shortcomings, but these shortcomings did not change the election result, the result could not be declared unlawful.

Constitutional law Professor Ekaterina Mihailova said that whether a vote was cast using a ballot paper or a machine – “or by carrier pigeon”, she quipped – it did not matter. “The important thing is to have the assurance of the integrity of the vote.” Mihailova said.

Another CEC spokesperson, Tsvetozar Tomov, said that the absence of voting machines was not the biggest reason for concern about the March 26 elections.

Tomov said that the other reasons for concern were that voters’ rolls had not been cleared up for 27 years, and that Bulgarians abroad could not exercise preferential votes and so did not have the same voting rights as citizens living in Bulgaria. He did not believe that the absence of voting machines was a serious reason to annul the elections.

National Ombudsman Maya Manolova, noting that the elections could be referred to the Constitutional Court over the absence of voting machines, criticised the CEC as having set a bad example, that laws did not have to be respected.

When February began, caretaker Prime Minister Ognyan Gerdzhikov criticised the CEC, saying that if it were impossible to provide voting machines everywhere, the commission should have approached Parliament – while there still was one – to get the law changed. He also criticised the CEC for having done nothing over the previous two months to announce a tender to acquire the machines, required by law. 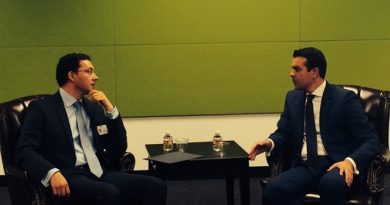