A total of 376 people have died in road accidents in Bulgaria so far in 2016, 67 of them in the month of July alone, according to official statistics from the country’s Interior Ministry.

By August 2, there had been 4098 road accidents in Bulgaria, leaving about 5000 people injured.

In July, there were 695 accidents, with 897 people injured, according to an Interior Ministry regular update.

Bulgaria ranks alongside Romania in having the worst road accident fatality rate in the European Union, of 95 per million inhabitants.

Hristo Dimitrov, national co-ordinator of the Bulgarian Association of People Injured in Accidents, said that in Bulgaria, July and August saw the largest numbers of fatalities in road accidents.

Speaking to local media, he said that traffic during the hottest summer months was very busy, not only as people made their way from major cities to Bulgaria’s Black Sea summer holiday resorts, but also as migrant workers headed from Western Europe to Turkey via Bulgaria.

Dimitrov said that the migrant workers drove recklessly, endangering other road users, and he added that there had been serious accidents resulting from drivers, mostly of Turkish vehicles, falling asleep at the wheel.

Vladimir Todorov, chairman of the Bulgarian Association of People Injured in Accidents, said that there had been considerable interest in a campaign by the association for people to submit videos of motorist committing traffic offences.

The most common offences that had been filmed included motorists heading towards oncoming traffic, running red lights, hazardous overtaking and driving over railway level crossings when it was not safe to do so.

The videos were passed on to the traffic police, he said.

According to Todorov, July, August and September were the most critical months for road accidents in Bulgaria. “An average of 70 to 80 people each month will die during this period,” he said.

The leading causes of road accidents in Bulgaria are speeding, reckless overtaking, and drink-driving. 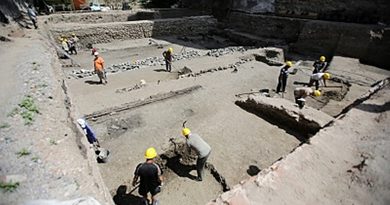