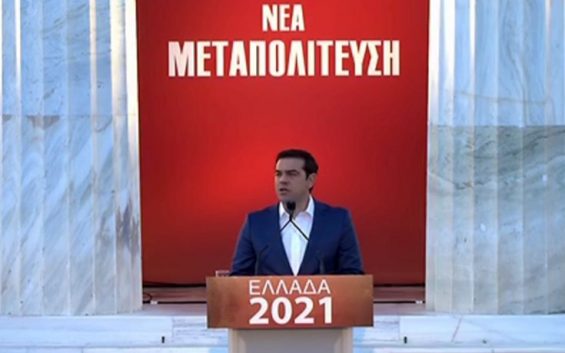 Greek Prime Minister Alexis Tsipras announced the beginning of a wide and long debate on reviewing the Greek constitution with a speech on Monday evening in Athens. The debate is expected to last approximately twelve months will all political parties and stakeholders weighing in with their proposals and views.

Alexis Tsipras presented the government’s proposals of the issues that should be examined during the review of the country’s constitution and did not rule putting several crucial issues to advisory referenda.

Speaking in a special event held in the garden of the Greek House of Parliament, the PM called for a wide, open and constructive dialogue for a constitution that will signify the beginning of a new era and the “new Greek of 2021” when the nation will celebrate 200 years of independence.