Among the most severe attacks on Bulgarian websites was a series in late 2015, as the country held a national referendum on electronic voting.

Some, including President Rossen Plevneliev, saw the attacks as an attempt to discredit the concept of electronic voting, even though the cyber attacks were of a kind irrelevant to voting online.

Emanating from abroad, the cyber attacks included denial-of-service attacks that took offline the sites of a number of state and government institutions, including bodies in charge of law enforcement, intelligence and elections.

The document envisages the appointment of a national co-ordinator to oversee the implementation of an action plan on cyber security. 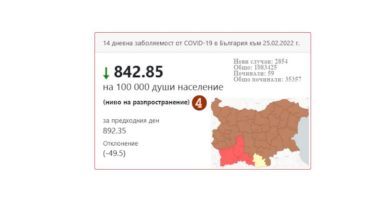