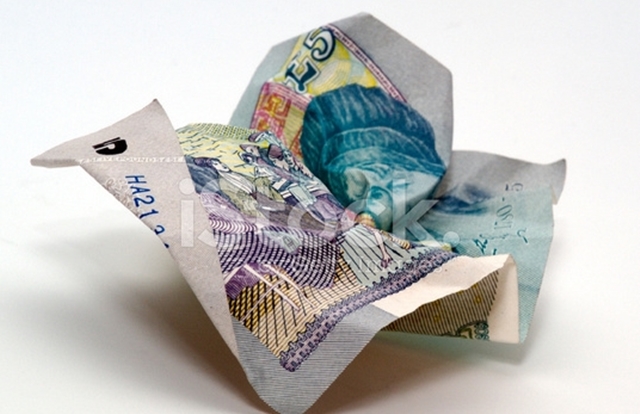 Some in Britain compared Saturday morning to waking up to a hangover following the British referendum decision to leave the European Union that triggered what some analysts called a financial and political earthquake.

With opinion polls before Thursday’s vote showing the “Remain” camp in the lead, Friday’s results took many by surprise, including those who voted to leave the 28-nation bloc.

Social media has been buzzing with postings reflecting both anger and concern, as expected, from those who voted to remain, with Twitter hashtags like #whathavewedone. One posting included a cartoon showing the British Isles alone on a globe with the captions “Free at Last” and “Who are we going to blame for our problems now?”

Some media, using the newly coined phrase “regrexit,” quoted voters who cast ballots in favor of leaving as saying they now regret their decision after seeing the immediate impact.

Sentiments, some angry, over immigration and sovereignty are what drove many to vote “Leave.” With pre-referendum opinion polls showing them on the losing side, Leave supporters did not believe they would win.

‘Didn’t think we would do it’

The sobering effects of the decision came down quickly. Within the first 24 hours, markets dipped, the British pound dropped to its lowest level in three decades, its credit rating was downgraded to negative, and new threats of the disintegration of Britain itself emerged.

In Scotland, First Minister Nicola Sturgeon held a cabinet meeting to discuss her government’s response to the Brexit vote. Sturgeon has called it “unacceptable” that Scotland be forced to stay out of the EU when a majority of Scottish voters chose to remain, and says a new independence referendum is “on the table.”

After her cabinet meeting Saturday, Sturgeon told reporters said her team will meet with EU officials to discuss their options “to protect Scotland’s place in the EU.”

The Brexit decision is also stoking separatist sentiments in Northern Ireland, the only part of Britain that has a land border with the EU.

Sinn Fein leader Martin McGuinness renewed his calls for a referendum on letting Northern Ireland separate from Britain and reunifying with the Republic of Ireland, an EU member. “If there is a vote in Britain to leave the EU, there is a democratic imperative to provide Irish citizens with the right to vote in a border poll to end partition and retain a role in the EU,” McGuinness said.

Economists appeared to be the only ones who were not surprised or, in some cases, fazed by Brexit’s immediate aftermath.

Four days before the vote, HSBC chief economist Simon Wells sent a note to clients forecasting a 15 percent drop in the value of the pound and a plunge in the FTSE 100.

The FTSE 100 plunged in the early hours Friday but then recovered somewhat, closing down at 3.15 percent.

“We were expecting some short term economic pain.  There might be a few people who journalists might have gotten ahold of who say they didn’t realize what they were voting for. That’s the case in any election,” said Keith Boyfield, a London economist.

“I always expected there to be a lot of noise and a lot of commotion following the actual results and I suspect this will continue for several days,” he said.

Some economists have argued the British pound is overvalued, having reached 1.49 to the U.S. dollar just before the Brexit results when opinion polls suggesting a remain vote victory erased some of the uncertainty and gave investors confidence.

Leave supporters are pinning their hopes on the possibility that a lower pound may help raise British exports, rebalance the currency, and fuel an export-based economy.

Despite some reasons for confidence, the uncertainty loomed and there were questions in Britain of how the divorce would be carried out. The process of disengaging from the EU has no precedent and there is no playbook for it.

Prime Minister David Cameron, who led the defeated Remain movement, has stated his intention to not invoke Article 50 of the European Union Treaty that would initiate the process. He is leaving that to his successor who is expected to be named in October.

It is only the British government that can initiate the process of disengagement and from that point, analysts estimate it would take a minimum of two years to finalize the separation. British and EU officials will have to negotiate the terms of departure, including financial regulations, movement rights of citizens of both entities, and tariffs.

All of these complications were spelled out to voters in leaflets, social media, public announcements, billboards, and news interviews. But the information by itself is not what influenced some voters to choose the exit option.

Some of the voters who cited sovereignty as their main reason for wanting a Brexit said U.S. President Barack Obama helped them make the decision when he visited Britain in April and warned Britons their country would “go to the back of the queue” on trade deals if they left the European Union.

“We wanted our democracy back. We wanted to take control control of our country,” said London voter Trevor Bayley after the final results came out.  “I think your president unwittingly had a part to play in that. He tried to shore up the establishment vote and people didn’t like to be told what to do.”

Anger and sadness in Kyiv, as rhetoric rises 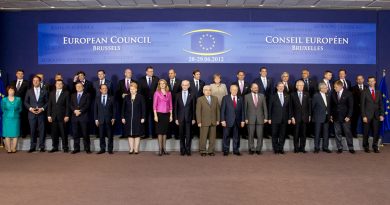