Authorities in Turkey detained two more people in connection with Friday’s attack on a leading journalist hours before he was sentenced to more than five years in prison.

According to Turkish media, two friends of the gunman who fired at Can Dundar, editor-in-chief of the opposition newspaper Cumhuriyet, were detained for questioning Saturday.

Both were found guilty of revealing state secrets, but were acquitted of several other charges, including trying to topple the government. The case stems from the pair’s reporting on alleged government arms smuggling to Syria.

Hours before the verdict was handed down, a gunman shouting “traitor” fired two shots at Dundar outside the courthouse. A journalist working for the private television station NTV, Yagiz Senkal, was injured in the leg.

Following the verdict, Dundar accused President Recep Tayyip Erdogan and pro-government media of creating a climate of hatred, which he said paved the way for the attack on him . “We will continue to do our job as journalists, despite all these attempts to silence us,” Dundar said.

The case, which has come to be seen as a test for press freedom in Turkey, has brought condemnation from media and global rights groups, which repeatedly sounded the alarm about the intolerance of dissent shown by authorities in Turkey.

The Committee to Protect Journalists (CPJ) condemned the Turkish court’s sentencing of the two journalists Friday.

While the journalists are free, pending appeal, and the court lifted a travel ban imposed on them, they still risk a separate trial on charges of committing a crime in the name of a terrorist organization without being a member, CPJ said.

The United States said it was concerned by the guilty verdicts. State Department spokesman John Kirby called on Turkish authorities again Friday to “support an independent and unfettered media, which is an essential element of any democratic, open society.”

Earlier this year, U.S. Vice President Joe Biden visited the country, where he criticized Turkish leaders for cracking down on freedom of expression, saying that the Turkish government was not setting the right “example” with its imprisonment of journalists and others for voicing their criticism toward it.

Since becoming president in 2014, 2,000 people have been prosecuted for insulting Erdogan.

In the recently released 2016 World Press Freedom Index, Turkey fell to 151st out of the 180 countries ranked by Reporters Without Borders. 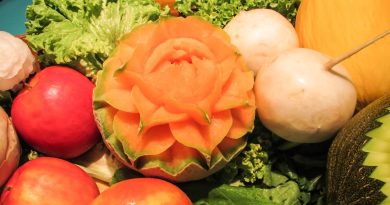