Bulgaria, already facing a referendum later this year on several questions of political reform, could face another – on questions ranging from the fuel station and pharmacy markets as well as constitutional reform.

Business person Vesselin Mareshki, well-known in Bulgaria for his retail pharmacy interests and cut-price fuel stations, said that on May 3, a further 100 000 signatures on a petition for a referendum were being submitted to the National Assembly, in addition to the more than 400 000 signatures already lodged a few months ago.

Under Bulgarian law, a referendum must be called if a minimum 400 000 citizens eligible to vote petition the National Assembly for one.

Mareshki said that his initiative’s petition had been submitted before that of Slavi Trifonov, the television presenter whose referendum questions will be put to Bulgarians later in 2016, probably at the same time as the autumn presidential elections.

Inaccuracies had been found in the first submission and Mareshki’s team had been given a month to correct irregularities, he said.

Mareshki said that the referendum posed questions on varied topics to save money on holding different polls.

The Mareshki referendum, initiated in November 2015, would pose five questions. The first is on introducing regulation of the fuel market to lower prices at the pump, the second on abolishing the immunity that MPs have from prosecution, the third on the elimination of the state subsidy for political parties and coalitions, the fourth on cutting the number of MPs from 240 to 120 and the fifth on removing the limitation whereby one person may open no more than four pharmacies on the territory of the country, “to make the market more competitive and reduce prices in pharmacies”.

The questions overlap to a degree with some of those posed in Trifonov’s referendum, on removing state subsidies for parties represented in Parliament, and on halving the number of members of the National Assembly.

A former Varna city councillor, Mareshki, speaking in an interview on public radio, denied that the petition had been initiated as part of an eventual campaign on his part to stand for president in autumn 2016. Similar speculation has been directed at Trifonov.

In recent weeks, Bulgaria’s Parliament twice rewrote the law regarding the timing of the holding of referendums in an apparent response to the Trifonov referendum, the petition for which was lodged in February. At the time it was lodged, Trifonov’s petition had more than 672 000 signatures. A check by officials established that 572 000 were valid, over the legal threshold for calling a referendum. 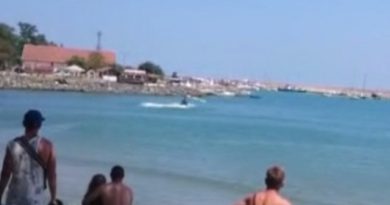