Amendments to the bank insolvency law, passed by Bulgaria’s Parliament at second reading on April 14, require receivers to make public reports of the inquests into what caused the insolvency.

The bill was squarely targeted at the report drafted by AlixPartners Services UK LLP, the company hired by the state deposit guarantee fund to track and recover money from the insolvent Corporate Commercial Bank (CCB). The amendment passed with 102 votes in favour and four opposed.

The report is to be published in Bulgarian – in February, AlixPartners specifically pointed out that while it stands by its English-language report, it would not authorise a Bulgarian language version because “any internal bank translation is not likely to be of sufficient quality and accuracy necessary for third party readership”.

At that time, the firm agreed to make the original report available to MPs only, emphasising that it continued to “strongly disagree with the release of the report”.

Only the report’s findings would be made public, but not the firm’s recommendations about how to proceed with efforts to recover the money, the MPs decided.

CCB receivers, appointed by the state deposit guarantee fund, face a tough task in recouping the insolvent bank’s assets, which are needed to repay the government bailout of the deposit fund – in 2014, the cabinet lend the guarantee fund more than two billion leva, money that the fund needed to fully pay out depositor claims. 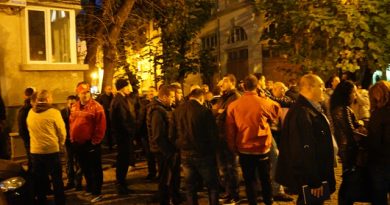 Police protests: Borissov worried by people’s fear of those meant to protect them