Turkey has sentenced two Syrians to four years in prison over the deaths of a toddler and his family, who drowned en route to Turkey.

Their victims included 3-year-old Aylan Kurdi, a toddler who became a visual symbol of the refugee crisis when media published a photograph of his tiny, lifeless body washed up on a Turkish beach.

The other refugees who perished included Aylan’s mother and brother.

The two Syrians’ trial opened February 11 at the criminal court in Turkey’s western resort town of Bodrum, where the toddler’s body was discovered.

Aylan and his family were among hundreds of thousands who attempted a risky Mediterranean Sea crossing in hopes to be able to travel farther north for a better life in the prosperous countries of northern and western Europe.

The Eurostat statistics agency reported Friday that a record 1.25 million asylum seekers arrived in the European Union in 2015, more than double the figure from the previous year. It said Syrians made up the largest group of refugees, followed by Afghans and Iraqis. 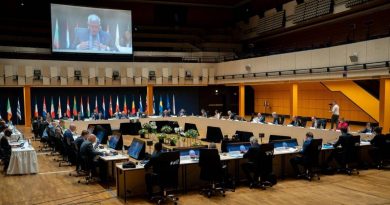