A notable international humanitarian organization has urged European leaders to keep borders open for migrants, adding that measures to seal off the continent are inhumane.

The International Federation of Red Cross and Red Crescent Societies (IFRC) warned Tuesday against building fences in Europe to stem the flow of asylum-seekers.

Speaking to reporters after a two-day meeting in London, IFRC Undersecretary-General Garry Conille said the present refugee and migrant crisis is and certainly will continue to be “a very complex issue” that needs a comprehensive solution with “the dignity and humanity of the individuals” as its first priority.

“I think most observers will agree that building up walls and fences is probably not the best way to handle this crisis,” Conille said. “I think judging success for the humanitarian community based on how many people come through is probably not the best indicator. We need to have a comprehensive solution that puts the dignity and humanity of the individuals first.”

Several European countries have reacted to the influx of migrants into the continent by tightening border controls and building fences.

Greece, in particular, is under intense pressure from its EU partners to tighten border checks. It has been the main European port of entry for more than a million refugees and migrants since early last year, many of whom cross the sea from Turkey.

Leaders of Eastern European countries — Hungary, Poland, the Czech Republic and Slovakia — plan to help Balkan counties seal borders with Greece, if attempts to limit the number of newcomers heading from Turkey to Greece fail.

The Austrian government said Tuesday that it would step up border controls at checkpoints along its southern frontier with Italy, Slovenia and Hungary to slow the migrant influx and would consider implementing crowd-control measures at a dozen additional crossings.

Austria has been the transit route for migrants aiming to reach Germany, the country that has hosted the largest number, most of them fleeing the Syrian war.

The International Organization for Migration said that in the first six weeks of this year, about 84,300 migrants arrived in Europe and more than 78,300 of those landed on Greek islands after traveling by sea from Turkey. More than 400 have lost their lives or gone missing. 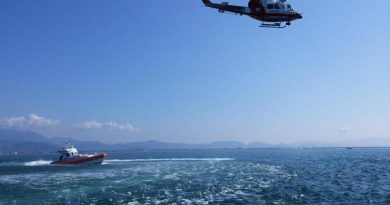