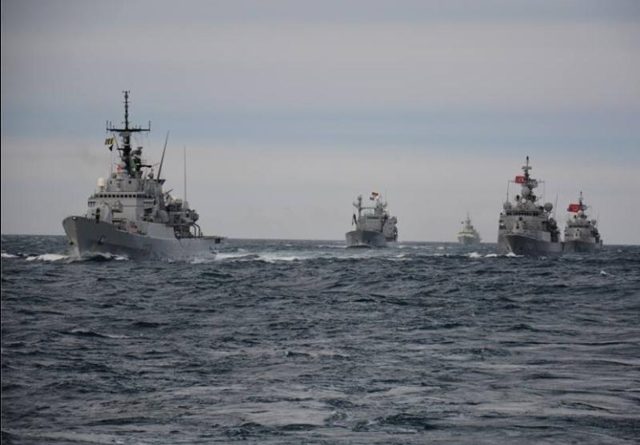 NATO warships are heading to the Aegean Sea to help Turkey and Greece stop human traffickers, marking the entry of the alliance into efforts to deal with the growing flow of migrants to Europe.

NATO Secretary-General Jens Stoltenberg on Thursday said three ships under German command were being deployed immediately to help the Turkish and Greek coast guards with reconnaissance and surveillance. For now, the vessels do not have orders to intercept boats carrying migrants.

The decision to send the ships came at the end of a two-day meeting of NATO defense ministers at the alliance’s headquarters in Brussels and was in response to a request by Germany, Turkey, and Greece.

Germany has been one of the top destinations for migrants and refugees fleeing the civil war in Syria while Turkey, a NATO member, has borne much of the burden, hosting close to three million refugees.

Turkey has long requested assistance in dealing with the flow, often sparking tension between it and other members of the alliance. On Thursday, Turkish President Recep Tayyip Erdogan renewed threats to release a wave of migrants into Europe.

“We can open the doors, and tell them ‘have a good journey,’” Erdogan said Thursday. The Turkish leader confirmed reports of a conversation he had with European Union officials last year in which he said he would send busloads of migrants to Western Europe if he did not reach a deal for assistance to cope with the crisis. The minutes of that meeting were recently leaked to Greek and Turkish media.

The alliance, however, wants to portray the deployment of its maritime component, the Standing NATO Maritime Group Two, as a measure to protect the refugees and not as a means to keep them out of Europe or portray them as a threat.

The United States has welcomed efforts to assist Turkey and Greece, but U.S. officials say the goal of sending ships is, above all, to stop human trafficking.

“There is now a criminal syndicate that is exploiting these poor people and this is an organized smuggling operation,” U.S. Secretary of Defense Ash Carter said to reporters in Brussels.

The NATO maritime group deploying to the Aegean Thursday is made up of vessels from Canada, Germany, and Turkey.

(Photo of Standing NATO Maritime Group Two in an exercise off the coast of the Bulgarian port of Varna in 2015: US Navy)

Final preparations for yet another ‘historic election’ in Bosnia and Herzegovina